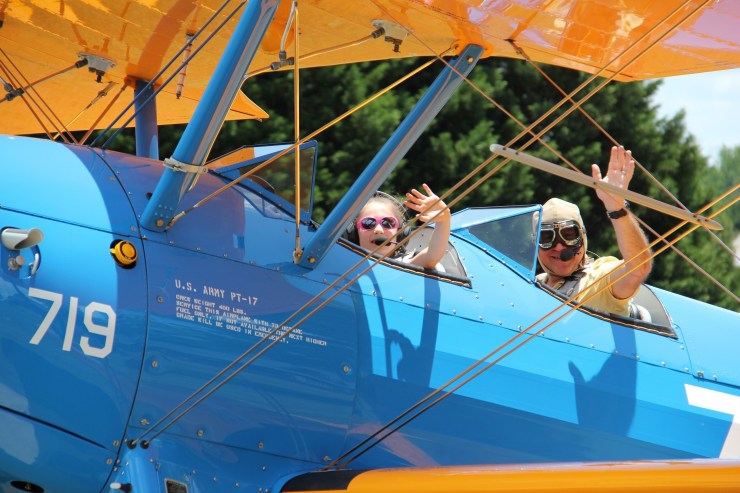 It seems as though I am always writing about the maintenance side of aviation, but I assure you that having fun with airplanes is really paramount to me. With that in mind, I wanted to share what I thought was a really great day with the Stearman and my second oldest granddaughter, Allie.

She is 9 years old and really loves to fly. She loves to fly in her dad’s Cherokee 140 and our RV-10, but I haven’t had much luck getting her in the Stearman. Our oldest granddaughter, Isabelle, had her first ride at age 5 — in a booster seat even! Since they were flying down for my birthday and it was going to be a gorgeous day, I decided I would give it another try. I have a wonderful picture in my office of Isabelle after her first Stearman flight, and earlier in the morning, I had mentioned to Carol that I would like to get a picture of Allie to match it. The table was set.

After lunch, while we were eating cake, Allie decided she would rather take her piece of cake home. To quote a line from a Skynyrd song, “… that’s the break I was looking for.” I teasingly said, “Only after you fly in the Stearman.” I also assured her that Grandpa would never, ever do anything to scare her. So, she said she would go once around the pattern, which was super fine with me.

We got her all buckled into the front cockpit and set up with the intercom operation. It sure seemed as though all of the trepidation was gone and some excitement was coming through from her. I certainly wanted it to be perfect. I explained how the engine would be really loud for just a bit at takeoff but she should just pretend it is a loud motorcycle. They have a PS Engineering PMA8000BT intercom in the Cherokee, so she is used to dead quiet, along with movies or music. This was certainly going to be different, even though I have a PS Engineering intercom in the Stearman. But the cool factor is totally different, too, as she was about to learn.

Once we got all of the requisite pictures, I started up, performed a run-up, and taxied to the runway using the call sign “Allie 1,” which she thought was neat. For those who have flown in a Stearman, you will recall the mirror underneath the top wing so that the crew can see each other. I always take a glance there as I make the initial power-up to make certain I don’t see any frightened faces. Have I told you how many smiles I have seen in those mirrors?!

In this case, all I saw was a huge smile, and what came next totally surprised me. I had briefed her on where to look after we took off, as her parents were taking pictures. We had barely climbed 30 feet and all of a sudden I hear “WOW! This is great, Grandpa. Can we stay up a while?” How great is that? So, yes, we did stay up, and she even flew it for a while. Then she tells me that the Stearman is now her favorite airplane. I even let her key the mic and tell her dad that.

So, we flew around for a bit, and then, while on downwind to land, she asks if she could go for another ride later! This was exceeding my wildest expectations, and it’s always been my goal to make sure everyone has a great experience. When we had taxied out earlier all I was thinking about was how soon I could safely turn after takeoff to make it a very quick circuit around the pattern, and now we are discussing the next flight.

We did a photoshoot of their Cherokee — with Allie and her dad in the Cherokee and her mom and me in the Stearman. Of course, as soon as we landed, Allie wanted to go fly the Stearman again. It’s not like you have to force me to fly the Stearman. I could stay up all day in it if asked, so we went back up and had some more fun. On downwind she heard me call “Allie 1” and asked if we really should be “Allie 2” now. Wow, how perceptive! I said I think she was right, and she asked me to make one more call before we landed, so that I did, using “Allie 2.”

As we were taxiing in, she commented that she couldn’t wait to come back for flights three and four, and hoped it was next weekend. When she got out, she exclaimed she wanted to be a pilot when she grows up! Her younger sister, Lacey, wanted to go if she could sit in mom’s lap. Well, that won’t work in the Stearman, but she got in the front seat for pictures anyway.

No doubt I created an aviation monster. I hope to continue nourishing it, as I know her dad will as well. Especially since her dad is my son, Nick, and works with me every day. He already did her first Young Eagles flight in the Cherokee, but now she will have another one in a Stearman from Grandpa.

I got up today kind of wishing it was next weekend already and I was taking Allie for her next flights. I bet many of you remember your first flights. I know I remember mine. I’ve tried to maintain that same enthusiasm ever since. It’s so nice to see it in a child! Sometimes it’s the airplane that makes a difference and brings out the “wow” factor.

Oh, and the reason for the cake — it was my 65th birthday. What a nice present! To top it off, Isabelle presented me with a hand-painted sunset picture of a Stearman.

Having done more than 300 Young Eagles flights, there have been several memorable ones, with five of them coming back and telling me they got their pilot certificate. It’s really extra special when it’s your grandchild, and it’s really hard to tell who had the most fun!

Vic Syracuse, EAA Lifetime 180848 and chair of EAA’s Homebuilt Aircraft Council, is a commercial pilot, A&P/IA, DAR, and EAA flight advisor and technical counselor. He has built 11 aircraft and has logged more 9,500 hours in 72 different types. Vic also founded Base Leg Aviation and volunteers as a Young Eagles pilot and an Angel Flight pilot. For more from Vic, see his Checkpoints column every month in EAA Sport Aviation. 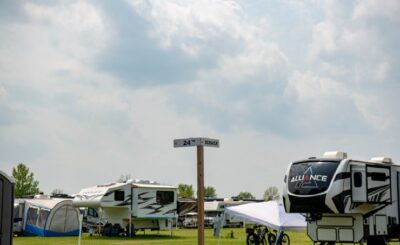 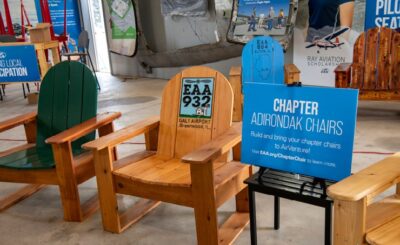 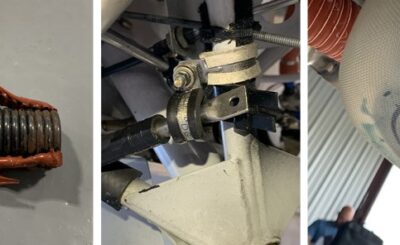