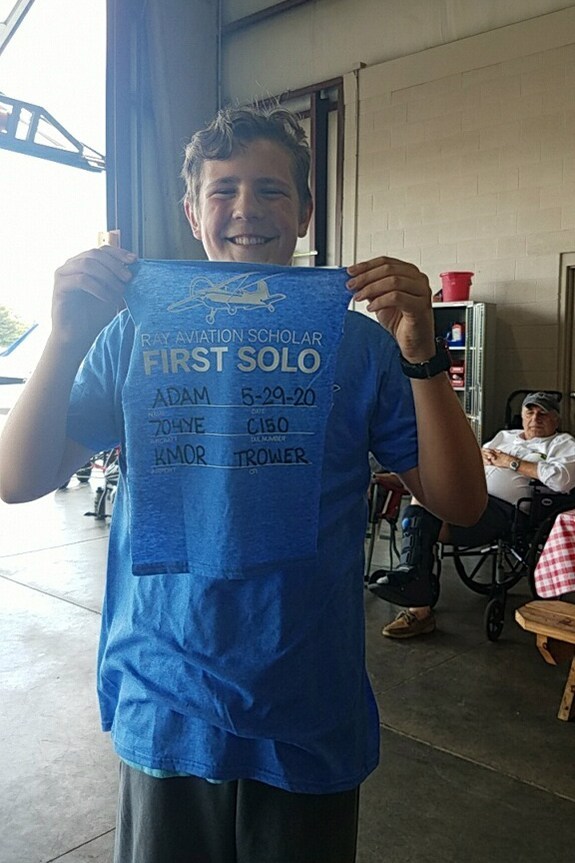 A year ago today I was a Young Eagle. I had a dream to become a pilot. Morristown EAA Chapter 1494 meetings were always interesting because there were pilots who attended and told stories from all stages of training and experience. I didn’t understand everything they talked about, but it was fun to hear their stories. I was working through the Sporty’s Learn to Fly video training and I earned a free flight lesson. After years of anticipation, my parents felt like I was finally ready to start formal flight training at 16 years old. I flew with CFI Manami Murphy, EAA 1316261, out of Morristown Flying Services on January 8 of this year. I was hooked.

I applied for and was awarded a Phase 1 flight training scholarship from my chapter shortly after that first flight. There was talk at the chapter meetings about a new scholarship— the Ray Aviation Scholarship that was $10,000 and it sounded really awesome but for some reason I didn’t think it was something I would ever be considered for. A little bit later, though, my chapter told me that I was definitely under consideration for it and they asked me if I was interested and wanted to apply. YES!

I applied for it, but I was still genuinely surprised when I was told I got the Ray Aviation scholarship. It just didn’t seem real. (It still doesn’t seem real.) I remember having a serious discussion with my parents about what we were going to do after I soloed because my previous scholarship was running out. Then I got awarded the Ray Aviation Scholarship! Suddenly, it was like the whole world opened up to me! I could continue with my training without having to stop at all.

But, something unexpected came up. My instructor, Manami, had news for me. She was leaving because she got the chance to expand her career. She was really sorry to go, but this wasn’t something she could pass up. I was nervous about flying with a new instructor but me and CFI Mikayla Trower, EAA 1384388, hit it off immediately. She has been a great instructor. At just three weeks after getting the scholarship, I got to do my first solo. I had 19 hours of training when I went to solo. I was really starting to worry before my solo because I thought that most flight students were able to solo at 10 hours. Now I know that isn’t always the case and 15-20 hours is about the average.

My flight training was fun, and I learned so much. I flew just about every week during the summer. We would schedule for 3-4 days a week, but sometimes the weather was not cooperative and I had to reschedule. I have learned that being a pilot requires patience and flexibility. When I did some solo takeoffs and landings at McGhee Tyson, a KC-135 joined me in the pattern. I really looked forward to my night flights and when I finally got to do them, they were just as awesome as I hoped.

I went to the ground school that CFII Bob Dilk, EAA 650776, taught, and I enjoyed it very much. I remember prepping for the written by taking multiple practice tests (too many to count). I thought I would never pass the test. I am happy to say I passed on my first try. Throughout this training, the one thing I would do different is to study my books more from the start. The material was challenging. Even with that being said, I feel like I did every part of my training in the right amount of time. I did everything to the best of my ability. I did my first solo within three weeks (scholar expectation is three months). I passed the written within four months (scholar expectation six months) and I passed the practical test in seven months (scholar expectation 12 months).

Personally, I think the practical test was the hardest part of all the flight training. I was nervous about it. When I finished my practical test, it felt like a huge weight was lifted off of my shoulders. When I was doing my last landing, I knew that I had passed (as long as my final landing was successful). It was strange when we were finishing up because usually at the end of a flight, my instructor and I would plan our next flight. This time I was officially done, and now I can be the pilot-in-command. I do look forward to taking my family up. My future plans are to fly as much as possible and enjoy my hard-earned private pilot certificate. I want to work toward my instrument rating and I have several other ratings in mind. I am excited for all the opportunities that lie ahead of me and I am considering all of my options.

I want to thank the Ray Aviation Foundation, EAA, and Lightspeed Aviation Foundation. I am extremely thankful for all the support from all of my many mentors from EAA Chapter 1494 including Bob and Nancy Dougherty, EAA 226936 and 552967, Bob Dilk, and my scholarship coordinator Karen Hughes Collins. I am thankful for such a large support team. Even though this has been a difficult year because of COVID-19 and many meetings were held virtually, I was always encouraged and asked about my progress, whether it was in person, through email, or text.

My support didn’t just come from EAA. I felt welcome and encouraged by everyone at the flight school, Morristown Flying Services, Inc. My own instructor, Mikayla Trower, is the best instructor there, I am sure, but I was able to work with and interact with other great instructors too. I built relationships with fellow flight students. It was fun to encourage each other and check in on each other’s progress. I am thankful for my Civil Air Patrol squadron TN019 and the foundation they laid for me in becoming interested in flight. I am thankful for my friends and family who cheered me on. This has truly been a blessing and an amazing adventure. Thank you to everyone for believing in me. 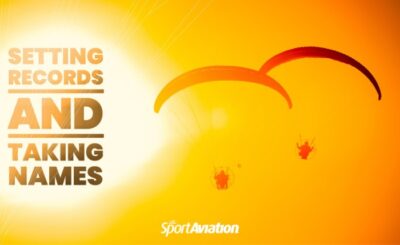 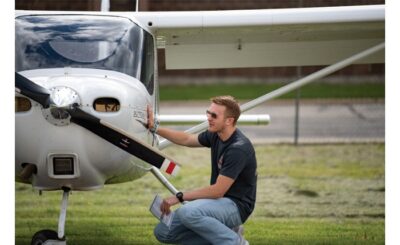 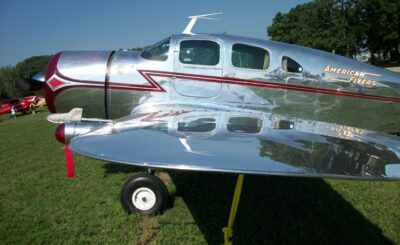