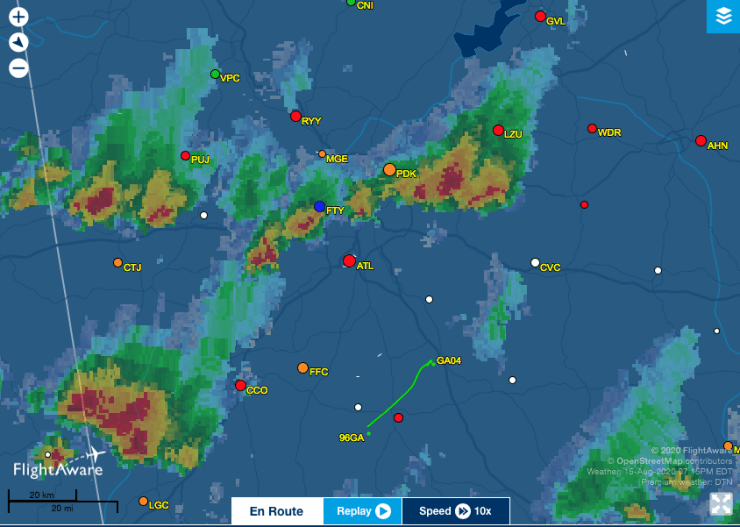 Having just released a couple of books focused on maintenance and inspections during the last month, I thought I would discuss another important facet of aviation: aeronautical decision-making (ADM). Just like maintenance, if we don’t take the time to make the right decisions when flying, or planning to fly, then the outcomes of both can be unforgiving. As flight instructors, we are instructed how to teach students the various components of ADM, but it is only after the students become pilots and are making their own decisions on weather, density altitude, weight and balance, etc. that you will find out if the lessons took root.

That was the case with my son, Nick, recently. Nick has been flying with me ever since he was in diapers. He even soloed in a couple of the airplanes I built. Many of you know that he has been working with me at Base Leg Aviation for a number of years. We finally finished up the private pilot requirements a couple of years ago, and I signed Nick off for his test, which he passed with some great compliments from the examiner. I was there when the examiner asked Nick if he had thought of being an instructor! The bottom line is that he is a skilled pilot, and I had even been letting him fly my Stearman and RV-10. Lots of earned trust there.

The “dad” factor certainly has an interesting component to it when it comes to airplanes, especially since I am attached to mine. What I realized was that Nick got to fly the airplanes after I had decided it was a good weather day with regard to winds and ceilings. Sure, Nick would check and make his own decisions, but the “dad” factor was there, no doubt. While I was renewing my CFI this past year, and taking the refresher on ADM, it became clear to me that I was definitely impeding that growth area for him. To be clear, he wasn’t complaining or even raising the issue. I was. I also remembered the adage that all pilots live by — fill up the bag of experience before the bag of luck runs out. So, after giving it some thought, we came up with a plan.

Nick lives 90 miles away in the north Georgia mountains. It’s a long commute every day, but he never misses a beat. As luck would have it, there’s a nice airport, Cherokee County (KCNI), that is only 10 minutes from his house and right on the way. So, we started looking for a dependable, economical four-place airplane so he could also take his family flying. Luckily, they had already flown with him in the RV-10, and everyone liked flying.

We managed to find a low-time PA-28-140, with a 500-hour, 160-hp upgraded engine and a 3,000-hour total time airframe just over the state line in Alabama. Perfect. The deal happened in February of this year. They have been having fun with it ever since — and Nick gets to enjoy a much better commute when the weather cooperates. We put in some current avionics and an intercom so the kids can listen to movies in the back seat. We also made it ADS-B compliant. As kids will do, they’ve even coined a name for it, and affectionately refer to it as Pip. It’s been neat watching Nick grow his pilot skills. With a PA-28-140 in the summertime in the southeast, it’s all about managing the weight and paying attention to density altitude, even with that 160-hp engine.

Summertime in the southeast really gives pilots a chance to grow those ADM skills. The forecasts for ceilings and thunderstorms can be wildly erratic. Quite candidly, if we listened to the forecasts all of the time, we probably wouldn’t do any flying. Sometimes there are low ceilings in the mornings followed by gorgeous afternoons. Sometimes gorgeous blue mornings are followed by really wild thunderstorms in the afternoon, which usually dissipate in the early evening when the temperatures begin to cool off. That’s typical of summer pop-up thunderstorms.

So, a couple of months ago on a Saturday, there was a retirement party for Nick’s father-in-law at Peach State Aerodrome (see last month’s column for that story). The drive from their house to Peach State is a little more than two-and-a-half hours, but it’s only about 45 minutes in Pip. The weather reports had the usual forecast for pop-ups, but nothing forming in lines or clusters. So, after waiting for the low morning ceilings to dissipate, we decided to fly.

It was a Saturday, and I was home when I got a call from Nick. He said that a thunderstorm had come through Peach State and left the runway pretty wet. He saw a C-172 take off and stated that the takeoff run had looked rather long, with lots of water flying up from the wheels as it went through water puddles. Did I mention the runway was grass, and now the sun was back out, so there was the heat factor? I told him to not do anything he wasn’t comfortable with and said I would come and pick them up (I live about 40 minutes by car from Peach State). He also mentioned that there looked to be some more storms between them and home.

I hopped in the car and had time to think about the situation on the way there. I was pretty sure Nick was going to ask me to fly the airplane back to my place, and he would bring the family there in the car. Sure enough, when I arrived, that was the scenario. Well, I had already made up my mind not to do that, for a couple of reasons. First, I didn’t feel like playing the hero dad, swooping in and saving the day by flying the airplane. As far as I was concerned, Nick had already made the right decision to not fly. However, he mentioned that while I was en route, he had walked the runway, and it had substantially dried out. Luckily, the runway has a great slope to it.

Remember, the objective was to get Nick some experience on his own, not just have dad make the decisions. So, in my own way, I mentioned that it was his airplane and that if he thought I could fly it out, then he could surely do the same. I really wanted him to experience the effects of a wet grass runway in the heat of the day. There was nothing dangerous about this, as the airplane was now lighter with three fewer people and bags and was light on fuel. So, I took the family in the car, and Nick made an uneventful takeoff and met us at our place. He also managed to get a good look at the weather while airborne. By the time he arrived at our place, he realized they could continue on home. They ended up having a beautiful sunset flight on the way home, and the whole day was an ADM-positive experience.

We debriefed it together on Monday. Basically, I assured him I was proud of his decision-making skills. We are all quite visible at Peach State, as it has a great fly-in restaurant. Everyone knows Nick is a new pilot, and they saw him make the right decisions. My goal was for Nick to stand tall in front of his family as well, since they will hopefully be flying with him for a long time. I certainly wouldn’t want them on some future trip with unexpected weather and one of them thinking they should call Grandpa! Now they have confidence that the proper decisions will be made when the challenge arises. Nick also mentioned that he briefed the family when they got the airplane that travel by light airplane can sometimes be affected by the weather, and there would be no sense in getting antsy. So, the expectations had been set. Truth be told, it ended up being a fun Saturday adventure with a happy ending.

Those of us who have been flying for a long time have no doubt lost some friends to aviation accidents, sometimes for foolish decisions and sometimes for mechanical reasons. Many times, the outcomes are not pleasant, to say the least. The mechanical problems are dealt with when they happen, but with proper ADM, the fun factor can be kept alive for everyone to continue to experience the joys of aviation! 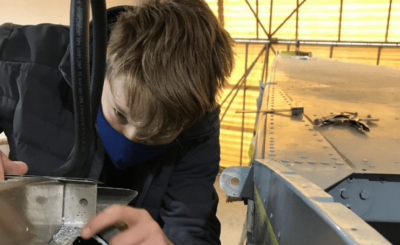 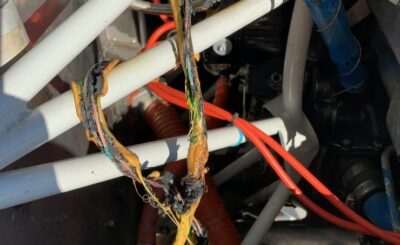 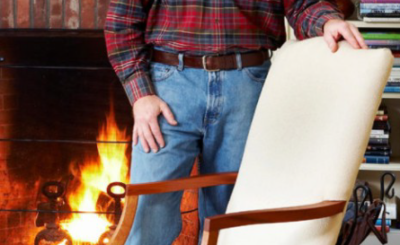