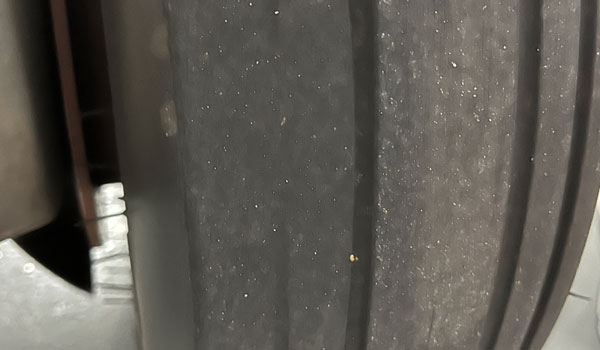 It’s certainly been a wild year for airplane sales, both in numbers and with regard to prices. Some of the prices this year for some of the most popular homebuilts are staggering, and there seems to be no end in sight. It’s been a good example of supply and demand, not a whole lot different than the housing industry this past year. There’s no doubt that more pilots are realizing that today’s experimental facet of aviation isn’t anything close to what it was a generation ago. The performance and bang for the buck, including the lower cost of maintenance, have become attractive to many certified aircraft owners.

This has been a banner year for my involvement in prebuys, despite the pandemic. The downside has been the supply shortage of the more popular models. Many buyers patiently wait for a model to come to market, only to be disappointed by discoveries in the prebuy process. Currently, about 30 percent of the aircraft I am involved with for a sale end up not closing, which is usually a big disappointment for all parties, including myself. Since this is amateur-built aviation, these aircraft are toys. There’s a big fun factor involved. It can almost be like unwrapping that gift you wanted only to find it’s the wrong size, color, or brand. You get the idea. Even though some of the discoveries potentially save a buyer from making a costly mistake, it still dampens the fun factor for everyone.

I thought I would share with you some of the more repetitive and egregious findings in the hopes that you might increase your chances of selling. Some of these can be serious safety issues as well, so perhaps those of you who aren’t selling will find some value.

You’re probably thinking I’m going to harp on jam nuts again. Unfortunately, you would be right. Loose jam nuts don’t seem to be the plague they were a few years ago, but I still find them on new airplanes during the airworthiness inspection. Where jam nuts are problematic now results from maintenance being performed, especially in the areas of fuel systems like the removal/replacement of fuel servos or carburetors. Usually, linkages must be removed and then sometimes readjusted, which requires loosening the jam nut. Jam nuts don’t usually come loose by themselves once properly tightened. Without fail, every time I find a loose one on an engine control, I find a corresponding entry in the logbook for removal or replacement.

Engine controls with less than full travel are still problematic, especially on the above referenced replaced items. The arms on the new controllers will almost always be clocked in different positions, necessitating the need to change them and check for proper travel after reinstallation.

I’ve mentioned service bulletins many times in past columns. There is no legal requirement to mandate them on amateur-built aircraft. However, some of them can be serious, especially if they reference compliance prior to further flight. Most buyers coming from the certified world will want to know that they have been completed. I always make a note in the report as to the status. Special light-sport aircraft (S-LSA) and experimental light-sport aircraft (E-LSA) are different in that safety directives and safety alerts are mandatory. You must keep track of them in the logbooks. As a reminder, E-LSA are to be built exactly as per the kit. The only way you can make any modifications are with authorization from the manufacturer, and it must be documented. I have discovered modifications to E-LSA during the prebuy process that did not comply with this, and it invalidates the airworthiness certificate. Be sure to ask the seller of an E-LSA if any modifications have been made to the aircraft post certification without authorization from the manufacturer.

Poor maintenance contributes to a lot of missed sales. Many times it is due to a nonbuilder owning the aircraft. The owner may not understand some of the required maintenance. But, more often than not, is it due to a lack of awareness or experience when it comes to maintaining these aircraft. After all, except for S-LSA and E-LSA, most manufacturers do not provide any maintenance material. Builders are often left on their own.

Unfortunately, the repairman certificate comes with privileges, but not any requirements. But that’s another discussion.

Some of the worst maintenance I am finding has to do with age and lack of use. An aircraft usually sits idle due to a lost medical or a death. I know it’s a sad situation. Many builders do not wish to part with their aircraft at the first sign of a potential medical problem. Similarly, many relatives find it extremely hard to do the same. But, letting an aircraft sit does nothing to increase the value. And, as time drags on, the potential financial impact can be quite steep. Aircraft engines, especially Lycoming engines, do not like extended times of nonuse. My wife, Carol, and I have a tongue-in-cheek agreement that if something happens to me, sell the airplanes before the funeral.

Many of the items firewall forward can have both a calendar limit and an hour limit on them. Hoses seem to be the worst offenders. The average life of the typical rubber hose as used in fuel and oil lines is about eight years. Recently, I have discovered rubber hoses that were so hard and inflexible that I peeled back the firesleeve protection just to verify that they were not solid metal lines. In two cases, I recommended that the aircraft should not be flown until they were replaced, as it was likely they would break.

Sales of homebuilt aircraft are not as local as they were just a few short years ago. Many buyers are hopping on long, one-way commercial flights in hopes that they will be flying their new toy for the return flight. You can imagine how disappointing it is to show up at the inspection and see obvious broken items that were not relayed during the discussions. Things such as inoperative fuel gauges, weak digits on radio displays, weak batteries that won’t start the engine, inoperative lights, and more. These should be caught on a preflight by any pilot, and should not require someone with a maintenance rating to discover. Take the time to preflight your aircraft like it is your first time in it as a new owner. See that stick grip with the unlabeled buttons? Of course, you know what they are for because you wired it, but I guarantee the new owner will not remember what each function is. And for those of you who wire the starter on the stick (which I hate!), potentially bad things can happen if that button is activated while in flight.

As a seller, I would encourage you to not only do a thorough preflight, but also to take the time to remove the cowlings and panels just as they will be removed for the inspection. You might be amazed at what you find. Perhaps you live in a wet, humid environment where corrosion is a definite possibility. You might find simple things that can be replaced and/or cleaned, especially wire connections and clamps. I find many broken items that could have been rectified ahead of time if this step had been taken, including broken alternate air doors, leaking carburetors, and corroded connections. Remember, the buyer is anxious to fly home, so why not eliminate all the easy potential roadblocks to making it happen?

Please don’t forget to review the logbooks. Make sure all of the proper entries are there for the condition inspections, and don’t forget the annual emergency locator transmitter check required by FAR 91.207 (d)(4). Did you did check the battery expiration date, too? Yep, I find way too many expired batteries and missing ELT annual checks. Another often-missed entry is the one for completion of aerobatics if the operating limitations permit them. Speaking of operating limitations, they are required to always be in the aircraft or the aircraft is not airworthy. I have had the unfortunate experience of telling too many owners and buyers that the operating limitations are missing and the aircraft can’t be flown. Imagine the look on their faces when it was flown to my shop. The first response I usually get is the owner shows me the pilot’s operating handbook (POH). Usually, it is a nonbuilder owner who I now must educate on the difference between a POH and operating limitations. Many times, they state they have never seen them, and we have to try to get a copy from the FAA or reissue new ones.

Last, but not least, please clean the aircraft and your hangar. You are presenting your aircraft on a first date to the potential new owner. Dress it up so everyone feels good and wants to go to the dance. It will keep the fun factor alive for everyone involved.

Since the new buyer will most likely be doing lots of takeoffs and landings soon after purchase, finding the aircraft has cracked tires and bald spots can be disheartening. These issues are even more disheartening if the first trip is a long cross-country to get back home.

The buyer should be notified of any inoperative gauges, especially fuel gauges and others that are required for flight.

A battery with this low of a voltage reading will usually not even start the engine. Imagine the disappointment. The expiration date of the emergency locator transmitter’s battery is also often overlooked. Here’s one that expired in 2018 and was discovered on a December 2021 prebuy!

Just pulling down the cowling and taking a quick look ahead of the prebuy inspection may save you some time and embarrassment. Things such as broken alternate air doors and missing exhaust springs are easy to see.

Take the time to remove corrosion where possible. It will only get worse, and the corroded alternator output connection seen here can cause intermittent electrical problems. Hose clamps are cheap to replace.

Yep, jam nuts are still the bane of inspections. Most often they are loose due to maintenance, especially when removing/replacing fuel controls such as carburetors and fuel servos. The linkage usually needs to be readjusted. I still don’t understand how control surface jam nuts can be missed on a preflight for hundreds of hours. This one was never tightened after the aircraft was painted and assembled. 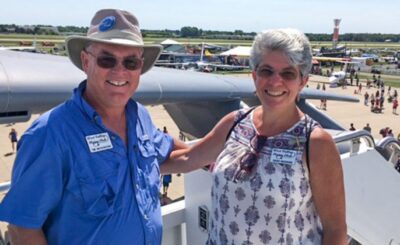 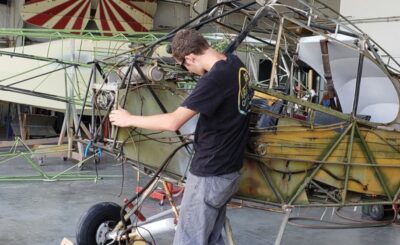 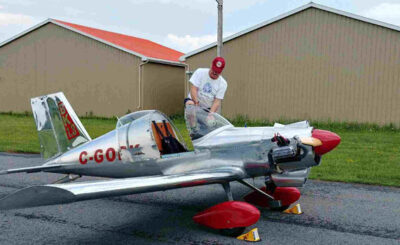