As news breaks about the death of Brig. Gen. Charles McGee, EAA Lifetime 418474, I am reflecting on the feelings I have on his passing. Of course, I am heartbroken about it, but I also can’t help but feel lucky. Lucky that people like him existed, and that we had the great privilege of enjoying him for as long as we did.

Last year, while preparing for AirVenture Oshkosh 2021, I began to work on ideas for different panel discussions for an evening at the Theater in the Woods venue. We wanted to make sure one evening was exclusively dedicated to World War II. With time running short on how long we would be able to hear the stories of the wartime battlefields from a firsthand account, we wanted to do everything we could to be a catalyst for that discussion — in which young generations could sit and listen to the men and women who were there at pivotal moments in history. Their words can make that history jump right out of the pages of a book. There is something magic-like about hearing stories such as these right from the person who did it. It is truly one of the greatest missions of Theater in the Woods.

Anyone interested in World War II history knows that the numbers of our veterans from that conflict are dwindling. I fully admit that I did not realize just how hard it was to gather a group of veterans from the war at this time. We were lucky enough to assemble a panel of aviators from bombers and fighters in the U.S. Army Air Forces and U.S. Navy, as well as a U.S. Army artillery soldier.

After months of planning, the July evening was finally upon us. One by one, these giants of history arrived with their families. We had B-17 pilot John Luckadoo of the 100th Bomb Group and B-24 pilot Bob Kubiak of the 449th Bomb Group together backstage talking about their experiences together. Bob, our B-24 pilot, said, “We were lucky to have had the Red Tails escorting us. They were very good.  I always wanted to meet one of them to say thank you.” The 332nd was a fighter group made up of all African-American pilots and support crews. Their aircraft were painted bright red as their group signature.

As if almost on cue, the door opened and in walked Gen. Charles McGee and Col. George Hardy — two of the fighter pilots assigned to the 332nd Fighter Group nicknamed “Red Tails.” The reaction from Mr. Kubiak was priceless. He immediately welcomed the men and began to talk about missions they flew together. He mentioned one mission when he looked up through the windows of his B-24 and could see the fighter escort P-51s making a diamond shape out of their contrails. Gen. McGee remembered that as well. He said, “That was me and another pilot.  We were weaving in and out of each other’s vapor trails playing around.”

As the rest of us sat backstage watching this, you couldn’t help but feel you were watching something completely special. What are the chances that these two gentleman would cross paths in the large battlefield of WWII, and then decades later be able to connect here, backstage at the Theater in the Woods in Oshkosh?

It was amazing to watch Mr. Kubiak not only share stories, but also get to thank a few of the men who took him to Germany and back,  something he had been wanting to do since the war ended. Rest in peace Brig. Gen. McGee and thank you for your service. 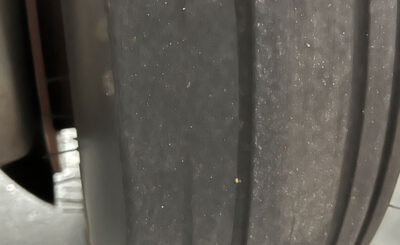 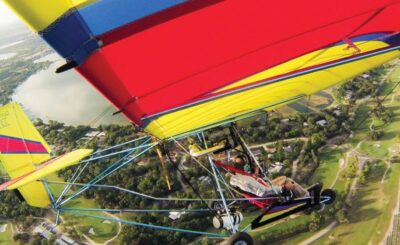 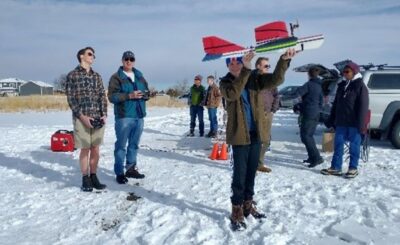