This piece originally ran in Robert’s Stick and Rudder column in the June 2020 issue of EAA Sport Aviation magazine.

I like to think that most of us who fly do so for the fun of it. While it can be an exciting venture, we generally don’t like surprises — at least not the ones that put us in imminent danger. In some cases, those surprises aren’t anything we could catch as part of our planning or normal preflight inspection.

Take for example the case of a pilot flying a Lancair IV-P aircraft from Casper/Natrona County International Airport (KCPR) in Wyoming to Colorado Air and Space Port (KCFO) in VFR conditions in February 2019. The pilot had climbed to 15,500 feet MSL and was minding his own business, cruising at 235 knots, when he heard a sudden and loud “bang.” I’m sure it didn’t take long for the pilot to figure out the windshield had blown out of the airframe, which must have come as a major surprise. According to the NTSB report, he slowed the aircraft, lowered the landing gear to help stabilize it, and diverted to Laramie, Wyoming, where he made an uneventful landing.

Such an emergency brings about a host of issues, not the least of which would have been the icy blast of air that would quickly incapacitate a pilot. I imagine it may have been hard to see and hear as well. And that’s beyond any aerodynamic issues the pilot was experiencing. My hat is off to this pilot for getting back on the ground safely.

While a good preflight inspection can help us detect several potential engine issues, there’s no way to know for sure that an internal failure is right around the corner. Maybe we sense an unusual vibration or notice an increase in oil consumption, but these rare occurrences can come on with little or no warning.

Such was the case for the pilot of a Piper PA-32R-300 making a visual approach to Runway 5 at Lenawee County Airport (KADG) in Adrian, Michigan, in January of last year. The engine lost all power, and the aircraft crashed through a fence short of the runway. A post-accident investigation determined that a crankshaft gear bolt had fractured through. I doubt there is any way the pilot could have known that surprise was coming.

While structural failures like these can give us quite a shock, many surprises that come our way can be foreseen and readily prevented if we simply follow the good practices and standard procedures we’ve been taught.

More Than an Obstructed View

The pilot of a retractable-gear Cessna 172 RG was high on his approach to landing at Cobb County International Airport (KRYY) near Atlanta, Georgia, and reduced power to idle to compensate. According to the NTSB report, the warning horn sounded, and the pilot saw that the manifold pressure was “pegged at the bottom with no indication.” He decided to check out the problem on the ground and continued his approach, landing with the gear in the retracted position.

The warning horn the pilot heard was likely the gear warning horn, which would have activated with the power at idle and the gear retracted. The pilot, who normally flew fixed-gear aircraft, indicated in his report that he had felt rushed in his approach and that his view of the instruments and the gear position indicator light was blocked by his iPad mounted to the yoke.

It would seem a number of factors came into play, including the pilot’s familiarity and experience with the aircraft, use of checklists, and the obstructed view of the instruments. Any one of these factors alone can easily lead to unwanted surprises, especially during a landing.

Sometimes it’s the misconceptions — or gaps in our knowledge — that make us susceptible to surprises. The pilot of a Piper PA-28-161 was practicing touch-and-go landings at Vero Beach Regional Airport (KVRB) in Florida when the engine lost power, causing the pilot to land short of the field. He touched down on a gravel road, striking trees, bushes, and a utility pole in the process. The post-accident investigation determined that the engine power loss was due to carburetor ice and that the pilot had not been using carburetor heat.

When questioned, the pilot was of the mindset that carb heat was to be used only when practicing simulated engine-out procedures. He was unaware that the prevailing conditions of the flight were conducive to carburetor icing, or that he should be using carb heat. It was this gap in the pilot’s knowledge that ultimately painted him into a tight corner from which he could not safely extricate himself.

Perhaps one of the easiest to avoid accident causes is fuel starvation. These surprise situations occur all too frequently. About 1 in 10 has a fatal outcome.

The pilot of a Cessna 150 was lucky to survive a forced landing near Knotts Island, North Carolina. He had taken the aircraft from Suffolk Executive Airport (KSFQ) in Suffolk, Virginia, for what was to be a short test flight following some maintenance. After a half-hour of engine run-ups and taxiing, he departed and flew about 10 miles south, where he performed flight maneuvers for another 30 minutes. He then turned east toward the Outer Banks barrier islands, where he experienced a momentary electrical system failure that prompted him to return to KSFQ for a landing. That’s when the engine failure occurred. The pilot attempted a restart but was unsuccessful. He finally made a forced landing in a marsh and was able to exit the aircraft and contact local authorities.

According to the report, the pilot said the aircraft had 22 gallons of usable fuel (full tanks) when he started out. However, the report does not state how the fuel quantity was determined. The report also did not state how long the engine ran from startup to forced landing. However, the post-crash investigation determined there was no fuel remaining in the tanks after the forced landing.

While it’s unclear exactly how the pilot’s problems started, the accident serves to remind us of how easy it is to end up short on fuel. Numerous bad habits can put us at risk for fuel starvation. One is the failure to stick the tank and instead to rely on a visual check of the fuel level. It’s easy to misjudge the fuel level when we just peer into the tank. Relying on memory of the fuel level from the previous flight is also a bad idea. Poor planning, such as failure to consider wind aloft, can contribute to our problems, as can misreading the power setting charts in the pilot’s operating handbook (POH). It’s stunning in how many accidents the airplane ran out of fuel precisely when data from the POH suggested it would.

Most of the time, we don’t encounter major surprises when flying. However, avoiding them is mostly a matter of following good practices. If we use our checklists, know our aircraft and systems, make thorough preflight inspections, plan our flights, and maintain currency, we can avoid many unwanted surprises. 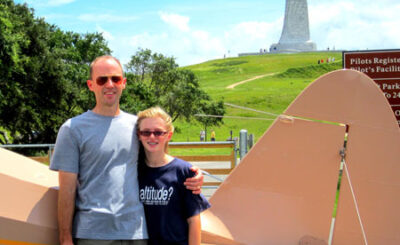 From Butterfly to Fly Girl 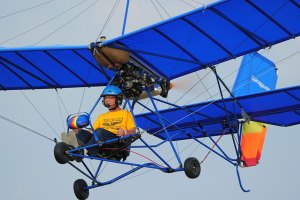 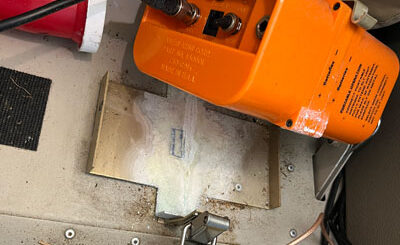 Cleopatra’s Iconoclastic Sculptor Was Her Own Kind of Queen