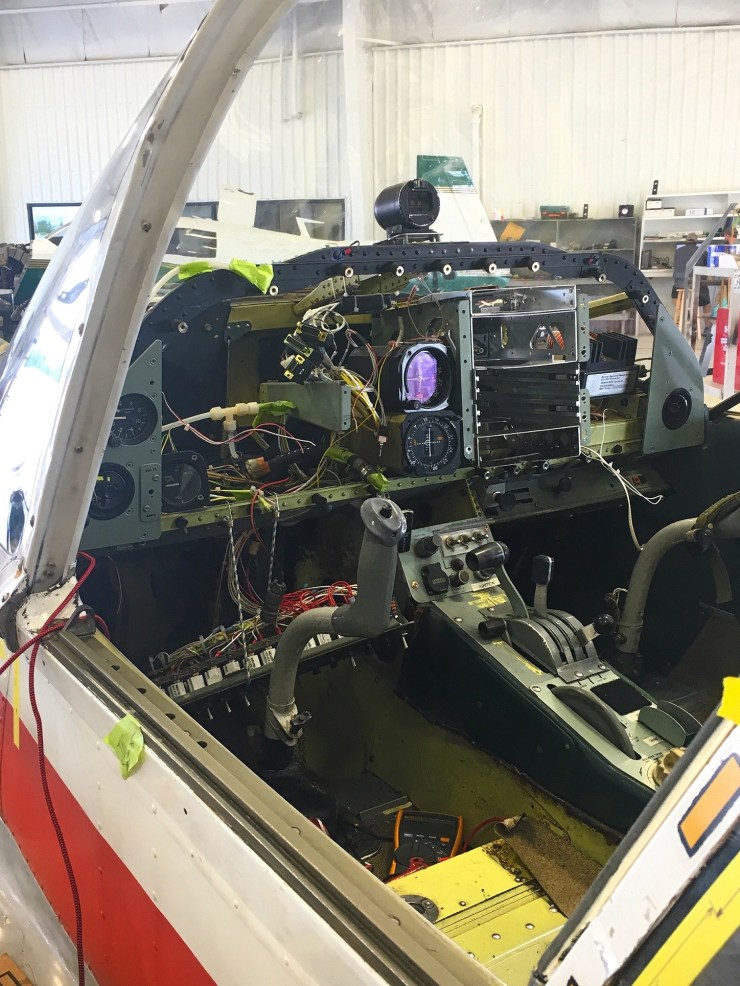 This piece originally ran in the What Our Members Are Building/Restoring section of the June 2020 issue of EAA Sport Aviation magazine.

My 1973 Scottish Aviation Bulldog T Mk. I model BH121, N540BD, was purchased in April 2019 in Burbank, California. I am the fourth owner. After a one-hour check, I began a 22-hour, three-day cross-country journey to KMRT, Union County Airport, in Marysville, Ohio, where I am based. A number of squawks were identified en route, and the upgrade wish list developed.

After three months of flying, it went in for its first condition inspection. The airframe has almost 10,000 hours but is very solid, and there’s no damage history of any kind. The Brits zinc chromated the entire airframe inside and out, so there is no corrosion. For now, the paint is all original.

The fuel indicating system and lights were on the top of the list for maintenance. So, all six tanks were pulled and new floats and sending units were installed. Two combination position/anti-collision lights with built-in power supplies, taxi, and landing lights were all replaced with LED. The prop and several engine accessories all required overhaul. The brakes and discs needed work. As it was going to be in maintenance a while, I decided to implement the panel upgrade. I wanted all glass, full engine monitoring, and autopilot and IFR certification.

I will make no claims of being mechanically inclined, so I handed the job over to the maintenance shop on the field. David Holden and his team at SkyVista Aviation did a great job transforming the panel and completing all other maintenance and upgrades on the airplane.

The airplane is also well supported here in the United States by Sherrill Greene and www.SABulldogsUSA.com. Sherrill has just about any Bulldog part you might need, as well as a wealth of expertise from importing and assembling many of the aircraft flying stateside.

I replaced an older Garmin 430 and Bendix/King transponder with an Avidyne IFD 440 and GTX 330ES in Burbank prior to my cross-country flight. All upgrades would have to interface with the Aviydne FMS/GPS/nav/comm. I also wanted it to be affordable.

The panel upgrade started by removing all the steam gauges, an older partially functioning electronic engine monitor, and the vacuum system. The new panel would consist of a Trio Avionics GX Pro autopilot, an Avidyne IFD 440, an Aspen Avionics Evolution E5 directional gyro/horizontal situation indicator, a Garmin GTX 330ES transponder, and a JPI EDM 740 engine monitor with fuel flow. Remaining in the panel were the Garmin GMA 340 intercom and a Narco COM 811 and a NAV 825.

Having the entire panel to work with made it easy for the SkyVista team to install the hardware. Wiring everything together and making it all work seamlessly had some challenges.

The Trio Avionics GX Pro autopilot (experimental) is an incredibly capable two-axis GPSS WAAS and interfaces with the IFD 440. The servos were a challenge to install because they require push-pull rods, not cable connections. Thus, they had to be located close to the elevator lever in the tail and the aileron lever out on the wing. Thankfully, this is the second Bulldog that has had the GX Pro installed. Trio was responsive with good support and recommendations for installation.

The Aspen Avionics Evolution E5 is another power-packed piece of glass that coupled easily to the IFD 440. With its internal battery backup and attitude and heading reference system, the only challenge was mounting the AHRS unit in the fuselage. The airplane had to be jacked up and the tail brought to level for the electronic horizontal situation indicator to display level in flight. And, as the Trio is a low-density item, the Evolution does not have the software to interface directly with the autopilot. So, when the autopilot is on, all commands are made via the autopilot control head, not the E5. (Trio is working with Aspen to incorporate the interface.)

The JPI EDM 740 with fuel flow (experimental) provides all engine parameters in an easily readable manner, and the fuel flow allows for more aggressive leaning than traditional methods. Downloading the engine data allows for engine trends to display as a spreadsheet. The biggest challenge installing the EDM was location and installation of the air data probe. Once that problem was solved, the remaining wiring and loading the Lycoming IO-360-A1B6 limits was uneventful.

The final upgrade, given the preponderance of plug-in portable equipment, was the installation of dual USB ports for both seats. Now I can power my Sentry and ForeFlight iPad for ADS-B In, as well as a Dynon D3. This combination provides both redundancy and safety that are unsurpassed.

After the work was done, we reweighed 540BD and found it was 110 pounds lighter. I’ve put almost 100 hours on the airplane, and it now can do much more than “dog tricks.” The Trio autopilot required a couple in-flight adjustments of roll and pitch gain, but everything else has worked flawlessly. If I do fly cross-country, I can take my hands off the stick without the airplane rolling or wandering off. And, I have safe, legal options to get home if weather changes suddenly.

Big shoutout to A&P mechanic Paul Ryan at SkyVista for his enthusiasm and dedication doing most of the installations and upgrades. Thanks to David Holden for his patience with me throughout the two months of work. Next is a new paint job, keeping the original RAF scheme, and hopefully showing at EAA AirVenture Oshkosh.

We Need Your Stories!

Have you built or restored an aircraft? Share your craftsmanship with EAA Sport Aviation magazine readers worldwide! Send us a photo and description of your project and we’ll consider using it in What Our Members Are Building/Restoring. Learn more. 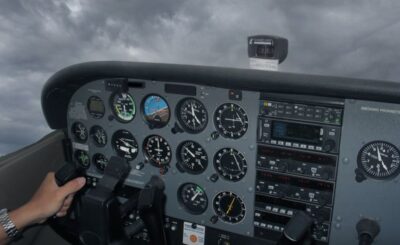 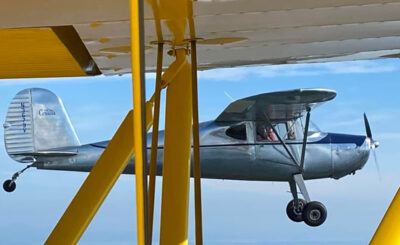 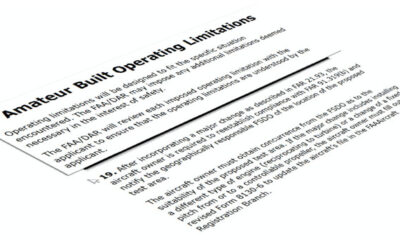