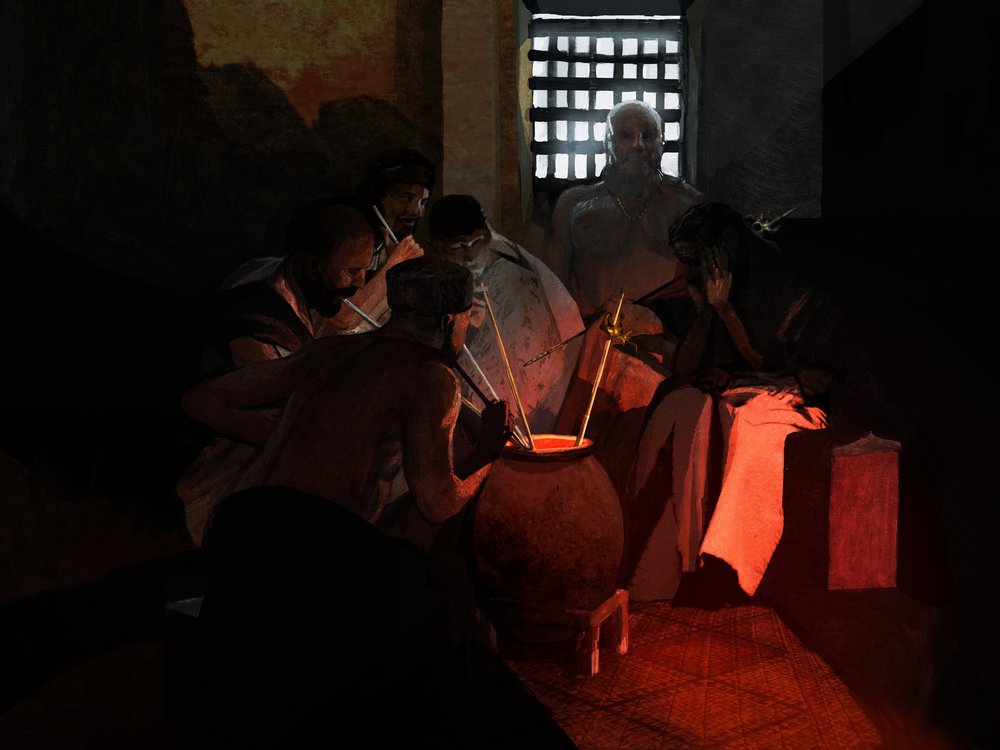 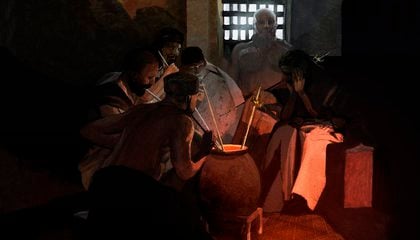 In 1897, archaeologists excavating an ancient burial mound near Maikop, Russia, unearthed eight tubes made of gold and silver. Each object measured more than three feet long and about a half-inch in diameter.

For decades, researchers were unable to determine the purpose of the artifacts. They suspected that the items may have been used as scepters, or possibly as poles to support canopies during festivals.

This week, however, after further study, archaeologists determined that ancient people likely used these tubes to sip on a communal pot of beer.

That means that the 5,500-year-old items could be the oldest-known drinking straws in the world, the archaeologists claim in their study, which published Tuesday in Antiquity.

“If correct, these objects represent the earliest material evidence of drinking through long tubes—a practice that became common during feasts in the third and second millennia BC in the ancient near east,” the researchers write.

Lead study author and archaeologist Viktor Trifonov tells Jennifer Hassan of the Washington Post that he and his team began to reexamine the tubes after realizing that the existing literature failed to “convincingly [explain] all specific features” of the artifacts. For instance, the thin-walled cylinders bear small holes near one end, a detail that had previously gone unexplained.

The team arrived at the conclusion that the items were straws when they discovered traces of ancient beer—namely, barley starch granules and pollen grains—in the residue lining the tubes’ inner walls.

“This provided direct material evidence of the tubes from the Maikop kurgan being used for drinking,” Trifonov says in Cambridge University Press statement .

Four of the straws feature decorative bull figurines that can be slid up and down the length of the pole. Trifonov tells the Post that these items might have had a practical purpose, allowing the user to balance their straw on the side of the pot as they sipped.

As Ashley Strickland reports for CNN, a large beer vessel discovered near the straws would have enabled eight people to consume about seven pints of beer apiece.

The tubes were discovered alongside hundreds of gold and silver objects, including beads, weapons and tools in Bronze Age burial mound known as a kurgan, reports Laura Geggel for Live Science. The high-status individuals had been buried sometime in the fourth millennium B.C.E., per Nicola Davis of the Guardian. The straws and other artifacts excavated in the 1897 dig now reside in the Hermitage Museum in Saint Petersburg.

“Before having done this study, I would never have believed that in the most famous elite burial of the Early Bronze Age Caucasus, the main item would be neither weapons nor jewelry, but a set of precious beer-drinking straws,” says Trifonov in the statement.

The practice of drinking with ludicrously long straws may not have been limited to the North Caucasus region of Russia. Similar straws excavated in present-day Iraq indicate that ancient Sumerians also used elongated straws for consuming alcohol, per the Post. Trifonov also notes that the eight straws were buried very close to the Maikop aristocrats’ bodies, which suggests that they played an important role in feasts or funerary rites among the elites.

Like the Sumerian straws, the Maikop straws have small strainers that filtered the beer as it was sipped. Archaeologist Augusta McMahon of the University of Cambridge, who was not involved in the study, tells the Guardian that ancient beer was not the smooth drink served in bars today.

“Beer in the past was probably ‘chunky’ with sediment, and filter straws were a necessary implement,” says McMahon.

She describes the study as convincing. “These drinking straws reveal the importance of past communal eating and drinking as a powerful creator of social connections, as feasts and parties are today,” McMahon adds.