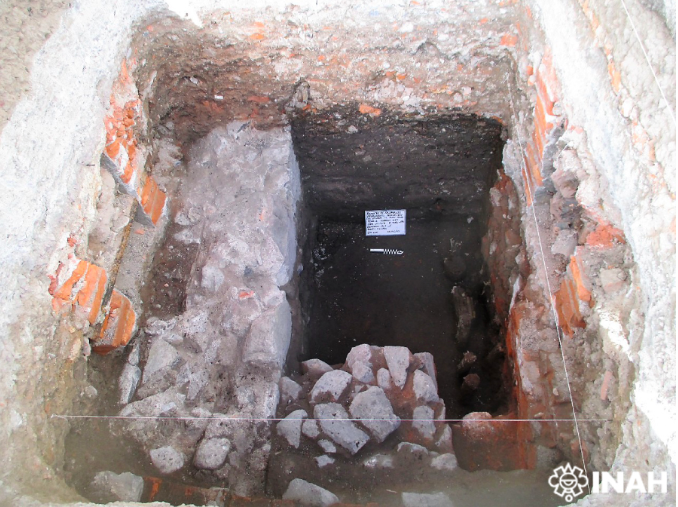 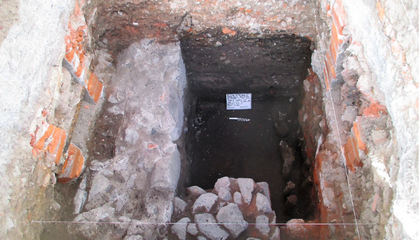 It was supposed to be a routine job in the center of Mexico City. Workers were poised to begin a project modernizing an electrical substation when they came across something that seemed out of place.

Their initial assessment was indeed correct: The area they were working on held the remains of a dwelling from almost 800 years ago, when the Aztec Empire ruled most of northern Mesoamerica.

While experts have not put an exact date on the structure, they estimate that it was first used as early as the late Postclassic period, spanning roughly 1200 to 1521 C.E., according to a statement from Mexico’s National Institute of Anthropology and History (INAH).

The house’s location itself is unique, as it borders two neighborhoods not far from Tenochtitlan, which became the Aztec capital around 1325 C.E. Based on modern-day standards, the residence is vast: The remains stretch over more than 4,300 square feet, archaeologists say.

The findings show that the area was not only an important place to live but to work using the chinampas farming technique typical of the time. The Aztec agricultural system relied on “floating gardens”—patches of seemingly self-sustaining land that appear to float along shallow bodies of water. A pier with wooden beams that stretch up to 130 feet and connected channels found at the site demonstrate how the location would have functioned as part of a larger whole.

Even today, some Mexico City residents still use this farming method, reported Conde Nast Traveler‘s Megan Zhang in 2021. The tactic, which allowed the Aztecs to claim fertile land from the area’s wetlands, is now used by organic farmers.

“I think people are getting closer to their pre-Hispanic roots,” Francisco “Paco” Juárez, an environmental educator, told the magazine. “They are discovering that the chinampas are a national treasure.”

Under the home’s thick adobe floors, researchers found signs of long-ago family life and death. Archaeologists discovered two funerary vessels with the skeletal remains of infants there, as well as some burials with offerings including incense burners and spinning tools.

In that same space, they unearthed a nearly two-foot-high stone sculpture of a man wearing a loincloth and readying to throw something. The artifact, likely unfinished (its body is not dusted with polish) could shed light on the residence’s later history. Scholars hypothesize that it may have been hidden around the time of the Spanish invasion of 1521 C.E.

After the Spanish occupation, the dwelling went on to have a more modern history, according to archaeologists’ findings. Evidence suggests it may have become a workshop for ceramics and saddles in the 16th and 17th centuries.

Archaeologists also discovered remains of bathroom tile floors and a drainage system, suggesting that during the 19th century, elite people repurposed the area as public baths. The findings match written descriptions by 19th-century Mexican physician and historian José María Marroquí, according to Live Science’s Emily Staniforth. He wrote of the “Las Delicias” baths, so named for their location on Mexico City’s “Delicias” street.

Mexico City continues to be a fruitful location for accidental Aztec finds. In 2017, renovations of a historic pawnshop uncovered an entire Aztec palace and a house constructed by Spanish explorer Hernán Cortés.

“The layered finds help tell the story of some of the most decisive moments in the Spanish conquest of Mexico,” Smithsonian’s Claire Bugos reported at the time. The same could be said of the current discovery, with its many-layered look at Mexico’s past.