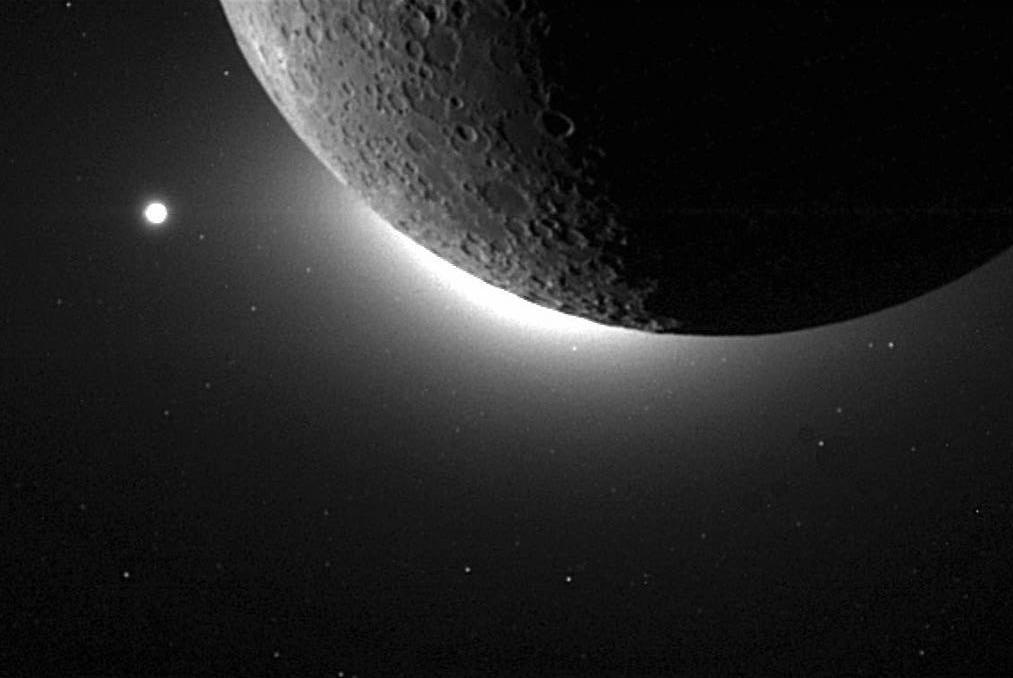 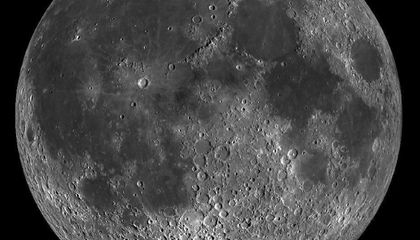 If we go back to the Moon and stay—to do more than simply leave additional footprints—will mining lunar resources, exploring its surface and setting up outpost-like bases alter the Moon’s appearance? By using the Moon, will it change what shines above in the night sky?

President Trump has called for America’s return to the Moon to use its resources. On this blog, I’ve attempted over the years to describe why the Moon holds so much promise:

The Moon is unique—an achievable, worthy goal, well within reach of humanity. With its constantly open launch windows and proximity, its intellectual value and its utility, the Moon is the next logical destination for America’s national space program and an ever-growing number of commercial investors. If we take the initiative now, it won’t be long before many of us again experience the thrill of seeing people and machines step onto another world, and watch with a knowing smile as others experience it for the first time.

Many who didn’t witness the Apollo landings, or who are new to the idea of space resources, think that mining the Moon (or any other extraterrestrial body) will permanently scar heaven’s landscape. Our solar system is vast, which makes the impact of humans going to some of these bodies quite minimal; but in order to get anywhere in an affordable, sustainable way, the use of space resources—beginning on the Moon, is absolutely essential for the long-term habitation of space and, ultimately, our species’ survival. We intend to develop and use lunar materials not simply to say that we’ve done it, but to create new capabilities in spaceflight, including a permanent, space-based Earth-Moon transportation system that, over time, will take us anywhere in the universe.

As I explained in the Washington Post back in 2005:

Living on the Moon will expand the sphere of human and robotic activity in space beyond low-Earth orbit. To become a multiplanet species, we must master the skills of extracting local resources, build our capability to journey and explore in hostile regions, and create new reservoirs of human culture and experience. That long journey begins on the Moon—the staging ground, supply station and classroom for our voyage into the universe.

Along with new revelations about the availability of useful resources on the Moon, come concerns that by using the Moon we will somehow harm it. But will using lunar resources to build an extensible, maintainable, affordable transportation capability in space be done at the expense of our Moon’s aesthetic properties? In order to understand whether extending humanity’s reach into space by using space resources is something we should do, it is important to first know and understand a few things about the Moon.

The Moon has a surface area somewhat larger than the continent of Africa. It formed around 4.5 billion years ago and is approximately 240,000 miles from Earth. It takes three days for a spacecraft to reach the Moon from Earth. We learn in school that the Moon controls Earth’s ocean tides. One side of the Moon is called the far side (incorrectly, the “dark side”) because it permanently faces away from Earth. (The far side is the only place in our universe that is permanently shielded from Earth’s radio noise, and where radio telescopes will be able to “see” back to the formation of the universe.) The side facing Earth is called the near side. Due to the Moon’s tilt, there are craters located at the Moon’s poles that never see sunlight and where frozen water is trapped. Because the Sun circles around the horizon at the Moon’s poles (versus rising and setting like the sun does on Earth), there also are areas near those permanently dark polar craters (cold traps) that receive near-constant sunlight. As Moon temperatures go, the sunlit areas of the polar regions enjoy a fairly benign and constant -50°C.

The Moon has no atmosphere to protect the surface (or people) from the hard radiation that streams out from the sun; for billions of years, the lunar dust grains have been absorbing these solar wind particles. Thus, the lunar soil (regolith) holds a recoverable geological record that can be studied from sampling the Moon’s surface. To date, work in this area has revealed that the ancient Sun may have had a different composition that the modern Sun. As the Sun is the major control of terrestrial climate, study of the lunar regolith can help us understand Earth’s climate history. In addition, galactic cosmic rays impinge on the regolith, leaving telltale chemical evidence for ancient supernova (exploded stars from beyond our solar system). This extra-lunar record has barely been studied and could lead to significant advances in astrophysics, and should be of particular interest to climate scientists.

Earth weighs 81 times more than the moon, while the Moon has only about 60 percent of Earth’s density. Because of its small size, the Moon’s gravitational pull is much less than Earth’s. On the Moon, your weight would be one-sixth your weight on Earth. Globally, the Moon’s surface has been heavily cratered by meteorites and comets that have impacted it for billions of years. (This ancient, Earth-Moon system record of bombardment also awaits detailed scientific study.) At the Moon’s equator, a day lasts two weeks, with temperatures reaching a toasty 100° to 150° C, followed by a two-week night registering a chilly -250° C (the lunar 28-day/night cycle coincides with its monthly revolution around the Earth). It will take unique and dedicated individuals to travel in space and work in such environments.

I’ve noted over the years that the polar regions of the Moon are the most valuable real estate in our Solar System. In order to arrive, survive and thrive on the Moon, we need to focus our efforts at the poles—places that afford near-constant sunlight, located near potentially mineable water. But this real estate is not “turn-key”—it will take development. By using age-old techniques such as fractional distillation, coupled with newer techniques such as 3-D printing and advanced robotics, we will begin to learn how to mine and manufacture life support systems, human habitation, and the manufacture and sheltering of products off-planet on the Moon.

People on Earth will not see smoke billowing from smokestacks on the Moon, not only because it is so far away but because there will be none. They will not see a surface scarred by open-pit mining or watch urban sprawl crawl across its surface. The scope of development on the Moon will be limited. Robots will begin the initial stages of lunar return—finding the ice deposits, excavating the feedstock and setting up the infrastructure of an outpost. The manufacture of rocket fuel (oxygen and hydrogen) using the poles’ water ice does not require a vast infrastructure; the regolith (soil) will be heated to melt the frozen water (and other volatiles) mixed in it, whose vapors are then collected, condensed and stored for future processing.

It is highly unlikely that human activities will visibly change the appearance of the Moon. At the poles, all of the ice excavation occurs in the permanently dark areas. These areas are not visible from Earth or from orbit. In time, large tracts of the dark maria (ground up lava soil, called regolith) might be excavated by Helium-3 mining. However, even when through powerful telescopes, a multi-kilometer operation would not be visible from Earth. Mining excavation will be less than a couple of meters deep, and the most notable effect will be to slightly brighten the surface materials (similar to a young crater, where the regolith is disturbed). It might even become a “Where’s Waldo” attraction—“Can you spot the mining operations on the Moon? Step up to the telescope and make your best guess – $10 per try!”

There is no way around it; mining is essential not only on the Moon, but everywhere we go in the universe. Asteroids are mineable too but as mining usually involves separating things from other things, gravity can be very helpful. This property makes the larger bodies of the inner solar system good candidates for testing out water-ice extraction and storage techniques. We will never break free from the Earth if we’re obliged to launch everything with us out of the deepest gravity well in the inner solar system. Beginning on the Moon, humans will learn what it’s like to live in low gravity. (Mars’ gravity will take some getting used to too, as it is about 1/3 of Earth’s gravity.)

Because soils are different on different terrestrial bodies, we need to understand how to work in new and challenging conditions. The Moon’s soil (regolith) is angular, fine and abrasive. Mars’ soil is chemically toxic. Essentially, there is no air (atmosphere) on the Moon, so when the soil (in one-sixth Earth gravity) is disturbed, it shoots up in a ballistic path, then immediately falls back to the surface (you can see this effect in the Apollo videos). Though Mars’ atmospheric density is just 1/100th of that on Earth (and composed of 99% carbon dioxide), it still creates global dust storms—coating equipment and reducing visibility to near zero. All these issues present problems that must be addressed in order for humans to venture further from Earth.

As Ehricke noted (in a tongue-in-cheek way), we do have a Moon, one that holds unmatched potential to change the future and survival opportunities of humanity. We’re finally on the path to go back to the Moon—to learn, to work, and to prepare for more ambitious voyages deeper into space. Once people on Earth regularly see images sent back from the Moon’s surface, it will change them more than anyone being there will change the Moon. Emotionally and intellectually, lunar development will be wonderful and exciting—a new age filled with untold opportunities for the future and direction of humanity. 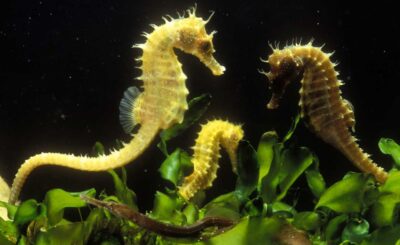 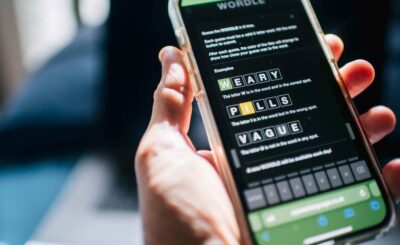 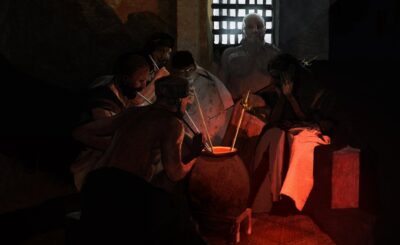 Ancient People May Have Sipped Beer Through These 5,500-Year-Old Drinking Straws