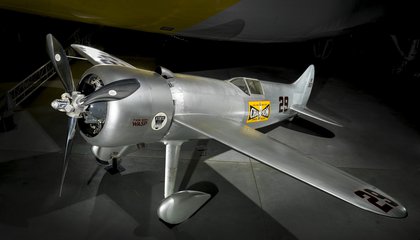 In the 1930s, the National Air Races were the biggest spectator sport around, drawing more than 100,000 to the annual event over the skies of Cleveland. And its biggest star may have been the sleek, silver Turner RT-14 Meteor, the only repeat Thompson Trophy winner, reaching maximum speeds of up to 300 mph before it was retired in 1939 after just 30 hours of flying time.

Indeed, the slowest journey the classic plane might have taken might have been in February, when the Turner RT-14 Meteor was carefully towed in a flatbed truck the 30 miles or so from the National Air and Space Museum‘s Udvar-Hazy Center in Chantilly, Virginia, where the aircraft has been on display since 2003, to the Smithsonian museum’s flagship location on the National Mall in Washington, D.C.

The Turner racer is the first historic aircraft to be installed in the museum’s much-anticipated renovation of the west end, where it will be a centerpiece of the new “Nation of Speed” gallery when it opens in the fall. Air and Space, one of the most popular of the Smithsonian museums, drawing 3.2 million visitors the year before the pandemic hit, had been undergoing its major renovation since late 2018. “Nation of Speed” is the natural place for it. The single-engine, single-seat Turner RT-14 Meteor was literally built for speed.

With a 25-foot wingspan and about 24 feet in length, the Meteor was equipped with a 1,000 horsepower Pratt & Whitney Twin Wasp engine and a three-bladed Hamilton Standard propeller.

“It’s basically built around the engine and the propeller—so it can go fast,” says Jeremy Kinney, the museum’s curator of military aviation, air racing and aircraft propulsion.

As it soared in the popular air races between the two world wars, so did dreams of velocity and heights for the hundreds of thousands who watched, even as the aircraft brought great fame to the legendary pilot behind the its creation. Roscoe Turner, the dashing pilot, with a striking waxed mustache, cut quite a figure at the air races, cultivating a personality that briefly made him a Hollywood movie star as well. “He was aviation’s master showman,” Kinney says. “A larger-than-life personality.”

And he had a famous quote, Kinney adds. “He said, ‘There is no excuse for an airplane unless it will fly fast.’ That’s exactly what the Meteor was.”

Born in Mississippi in 1895, Turner had been trained as a balloon pilot during World War I and went into barnstorming following the war. Though he had entered a number of races and won the Thompson Trophy in 1934 with his Wedell-Williams Model 44, Turner felt he needed a newer, faster plane to stay on top. He contracted with the Lawrence W. Brown Aircraft Company to build the new plane he designed, that was engineered by University of Minnesota professor Howard Barlow.

Following some test runs, it was redesigned by pioneering aircraft builder Matty Laird to create what was first known as the Laird Turner LTR-14. Because he contracted with many sponsors, the aircraft had a number of names over its brief life—the Ring-Free Meteor from sponsorship of the Ring-Free Oil company and the PESCO Special after a 1938 sponsorship by the Pump Engineering Service Corp. Finally, the sponsoring Champion Spark Club Company dubbed it Miss Champion (a designation it continues to sport at the Smithsonian).

Turner had a flair for such commercial tie-ins; when working with the Gilmore Oil Company in a promotional plane that had its lion’s head logo painted on it, the pilot obtained a lion cub he also named Gilmore who flew with him until the animal got too big and unmanageable.

“He had a parachute and a harness for the lion,” Kinney says. “Gilmore became a symbol for this golden-age idea of the outrageous things people would do in marketing.” When the big cat got too ornery for plane rides, Turner kept Gilmore as a pet in his Beverly Hills home until the lion died in 1952. Even then, it was hard to let go, Kinney says. “Turner had him stuffed and kept him in the family den for decades.”

Turner’s biggest fame came courtesy of the National Air Races, which Kinney described as the biggest sporting event of its time, “It was like the Indianapolis 500, like the Super Bowl. It’s all the fascination and enthusiasm for aviation wrapped up in this event,” he says. “It was the place to be, especially in aviation.”

The 10-mile course of the fall classic “was basically a race track in the sky. There are pylons set up, and the racers go around in a circuit, and the fastest one wins. And it’s a free-for-all,” Kinney says. “it’s just like an automobile race, especially like an oval track like NASCAR, but in the third dimension, in the air.”

At the 1937 event, Turner missed one of the race pylons while flying into the sun and was docked points, finishing third. But the Meteor roared back to take the 1938 race with an average speed of 283.416 mph. In the 1939 race, Turner missed a pylon on the second lap and had to circle back, but still placed first with a speed of 282.5 mph.

After receiving the trophy that day, he announced: “This is my last race. I’ll be 44 this month. This is a young man’s game.” By that time the legacy of the swashbuckling, square-jawed, three-time Thompson trophy winner was set.

He hosted a radio show “Sky Blazers” in 1939, the year he played himself in the Hollywood drama Flight at Midnight. The subject of more than one biography, Turner was the inspiration for the flying ace in the comic strip “The Adventures of Smilin’ Jack” that ran in more than 300 newspapers from 1933 to 1973. He was portrayed by Barry Bostwick in a 1991 TV miniseries “The Great Air Race,” and by actor (and animal trainer) Raymond Ducasse in the 2004 Martin Scorsese film The Aviator.

Turner won the Distinguished Flying Cross in 1952, had an airport in his hometown of Corinth, Mississippi, named after him, and had a museum opened under his name in 1970, the year he died at 74. Its contents were donated to the Smithsonian in 1976.

Kinney says the Turner RT-14 Meteor is a “national treasure” and central to the Nation of Speed gallery, where it will hang alongside other such monuments to speed as the race cars of Mario Andretti and Richard Petty and motorcycles of Glenn Curtiss and Erin Sills.

“The Turner Meteor is the epitome of what a 1930s air racer in the United States would be: big engine, big propeller, small profile,” Kinney says. “And it’s a personal artifact of one of the greatest personas in aviation in the late 1930s, Roscoe Turner.”

When the museum reopens, it will be displayed alongside the personal flying uniform Turner designed and wore when flying the Meteor. And don’t forget the taxidermy Gilmore, Kinney adds. “We also have the flying lion there as well.” 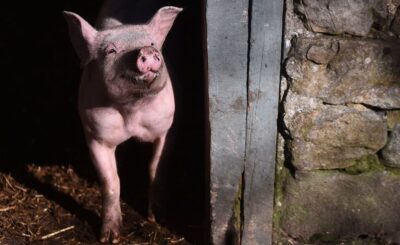 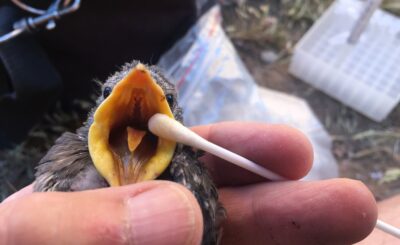 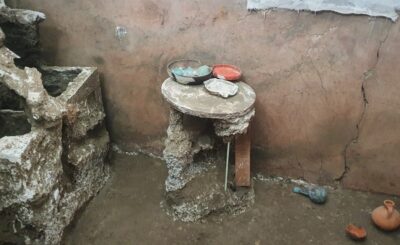