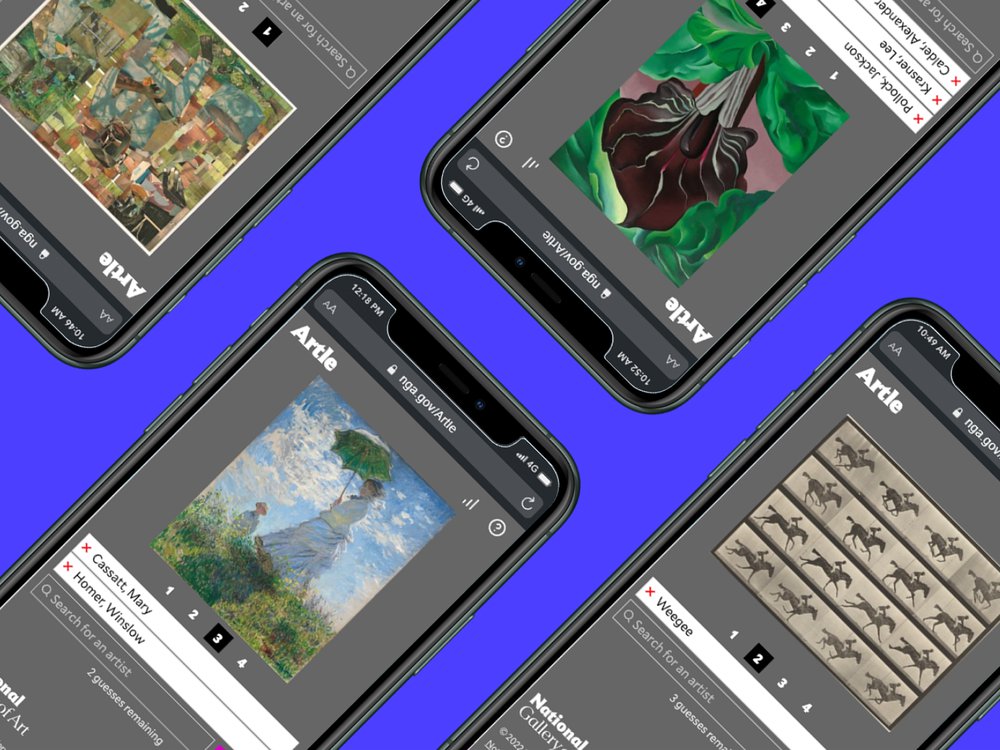 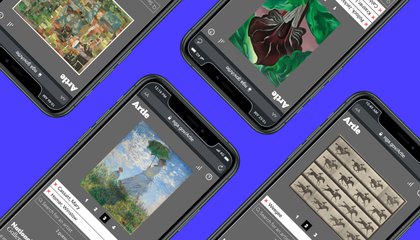 Is it Gustav Klimt? Maybe James McNeill Whistler? Frida Kahlo? You have four attempts to figure it out.

Meet Artle. It’s like Wordle—but for art lovers. Created by the National Gallery of Art, the new game was developed to engage people’s curiosity and encourage them to learn more about art.

“The emergence of daily guessing games in recent months inspired our digital product and experience team and I to create a daily game using the National Gallery’s collection,” Steven Garbarino, senior product manager at the museum, tells Smithsonian magazine. He says the game was designed to “[help] the public discover art while having fun.”

There are plenty of opportunities to interact with the museum in person—it offers exhibitions and public programs free of charge. But the museum wants to help more people access its collection of 150,000 paintings, photographs, sculptures and other works of art. Led by chief digital officer Nick Sharp, the National Gallery’s digital division is building ways to do just that.

The new game involves guessing who created a work of art in the gallery’s collections. You’re presented with the piece, and first need to enter an existing artist’s name in a search field. Once the guess is submitted, a red ‘X’ will appear if the answer is incorrect. To help you out, a different work of art by the same artist will pop up. Artle allows you to guess the artist’s name in four tries, and a new puzzle is available every day.

This is not the first—or second—time people have looked forward to new types of puzzles. In the early 20th century, the world went wild for what was then a novel type of game. The earliest “cross-word”— called “word-cross” at the time—was featured in the New York World’s FUN Supplement in December 1913.

Although creating the diamond-shaped puzzle for print wasn’t typographers’ favorite job, players were obsessed. With the help of editor Margaret Petherbridge and columnist Franklin Pierce Adams, “cross-word mania” surged. By the 1920s, the new puzzles were a confirmed craze.

“Crosswords were the Beatles of 1924,” said Petherbridge, per Zócalo Public Square’s Jackie Mansky. The game was so acclaimed that even Queen Mary became a player in 1925.

About 100 years later, a new puzzle has gone viral. Created by software engineer Josh Wardle, Wordle was originally developed as a pandemic-era gift to his partner. The goal of the game is to guess a five-letter word in a maximum of six chances. Although the game only had 90 players in November, it reached over 2 million in January, the New Yorker’s Kyle Chayka reports. It was acquired by the New York Times this year.

Although Wordle’s quick and accessible features have made it a fan favorite, science might have another explanation for why its popularity exploded. Psychologists tell Insider’s Sian Bradley that the puzzle leads to the release of dopamine. The hormone connected to feelings of reward, dopamine causes people to want pleasurable experiences—or puzzles—again and again.

Artle piggybacks on Wordle’s success, and offers a similar chance to show off your triumph (or tragedy) on social media. Once you complete the game, you can select a “share” button and copy your results to share on Twitter, your family text thread, or anywhere else.

“Artle is a quick daily brain teaser. But it is less about the challenge and more about the discovery,” says Garbarino. “At the end you can click through to learn more about the artist and artworks, and continue exploring to prepare yourself for future Artles.”