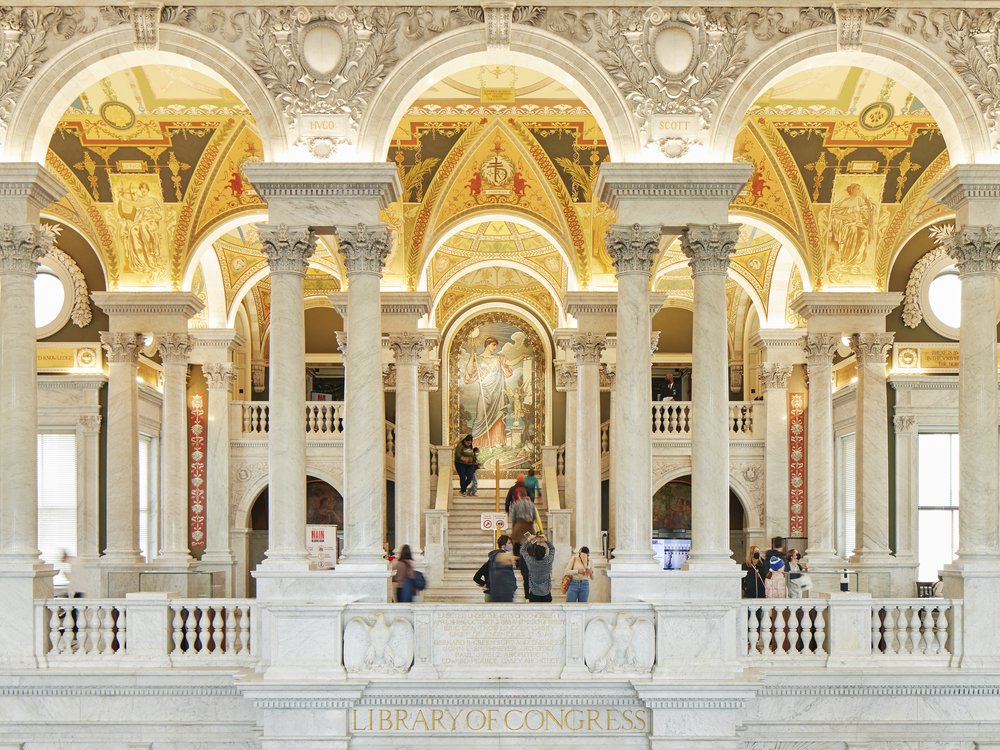 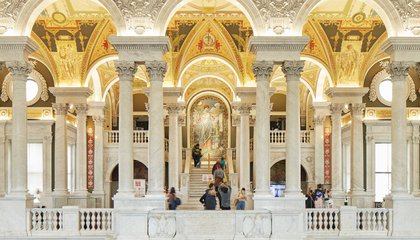 It was a hot and dismal day in Charlottesville, Virginia, in June 1815 as Thomas Jefferson watched the last of ten wagons carry away his entire personal library. His beloved 1744 edition of Cicero was headed north along with nearly 6,500 other volumes, and the Sage of Monticello was bereft. “I cannot live without books,” he wrote to John Adams shortly thereafter.

Liquidating his library had been a painful choice, but Jefferson had compelling inducements. For one, the former president was facing some $20,000 in debts, and the library would net him nearly $24,000. But Jefferson had a second motive: His books were bound for Washington, D.C., where they would become the cornerstone of the rebuilt Library of Congress, which the British Army had torched the previous year, along with everything else in the old Capitol. Jefferson was now the founding father of the nation’s restored library.

Established in 1800 with just 740 volumes and a modest endowment of $5,000—about $114,000 in today’s money—the Library of Congress didn’t yet have the three main buildings we’re familiar with today. After the 1814 fire, Blodget’s Hotel at Seventh and E streets served as the temporary Capitol, and Jefferson’s books that day were bound for a modest room on the third floor. Congress moved the library back to the partly restored Capitol in 1818, but fires would continue to harry the library over the next few decades, as space grew increasingly cramped, and faulty chimney flues proved a constant threat.

Following the Civil War, Librarian of Congress Ainsworth Rand Spofford, who served from 1864 to 1897, capitalized on a new patriotism and took steps to make the library accessible to the whole populace, enlarging the collections and establishing a public reading room. The end of Spofford’s tenure saw the opening of the main location on November 1, 1897, the Library of Congress Building—rechristened the Thomas Jefferson Building in 1980—with its ornate ceilings and plush reading rooms featuring artwork by American painters and sculptors, where anyone can come and read for free. Increasingly, the library hosted scenes of literary history in action. In 1906, Mark Twain appeared in the Library’s Congressional Reading Room to testify before Congress about a copyright reform bill while debuting a new look: the all-white suit that would become his signature.

By 1901, the Library of Congress had become the first U.S. library to hold more than one million volumes, and the next several decades brought a torrent of books and journals, as new findings in the sciences and new schools of political thought accelerated the pace of intellectual production. Since 1950, the size of the library’s collections and staff has tripled; there are now more than 25 million books as well as more than 170 million other items in more than 470 languages, including photos, maps, periodicals, manuscripts, sheet music, telephone directories and much more. Since acquiring its first audio recording in 1904—a wax cylinder of a speech by Kaiser Wilhelm II of Germany—the library’s audio collection has grown to more than 2.6 million recordings, many of them available online through the library’s National Jukebox initiative, launched in 2011. Meanwhile, leading lights of the culture have followed Jefferson by entrusting their archives to the library; in April, Elaine Joyce, Neil Simon’s widow, donated 7,700 of the Pulitzer Prize-winning playwright’s manuscripts and letters.

The library first began to digitize its holdings in 1990. These days, the task is going at a remarkable clip. Each book is scanned manually. Once the scans are in, the library can digitize about 600 books in 30 minutes, says Ranjan Biswas, a supervisor at the library’s mission platforms, design and development section. Thanks to a souped-up content transfer system, adopted in 2021, uploading the scans is quicker than ever. “It used to take 15 minutes for one book to go through,” Biswas says. “Now it takes 30 seconds.”

In 2018, the library began to ask the public for help, launching Letters to Lincoln, a massive crowdsourcing endeavor. Over nearly two years, more than 2,800 everyday Americans helped transcribe 28,000 scanned pages of President Abraham Lincoln’s correspondence, which are now digitally accessible to readers everywhere. More recent crowdsourcing projects include soliciting volunteers to transcribe the papers of Clara Barton and Walt Whitman.

Some critics may consider electronic screens to be anathema to learning, but digitization can be seen as the latest step in making the library’s longstanding democratic ideals a reality. Engraved in the John Adams Building are lines from Jefferson: “Educate and inform the mass of the people. Enable them to see that it is their interest to preserve peace and order, and they will preserve them.” Because of technology, Jefferson’s collection will soon be instantly accessible to “the mass”—or at least to any citizen with an internet connection—a triumph for the founding principles of what is now the biggest library in the world. 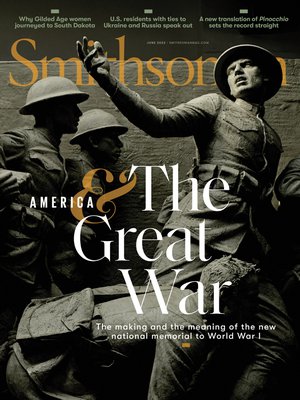