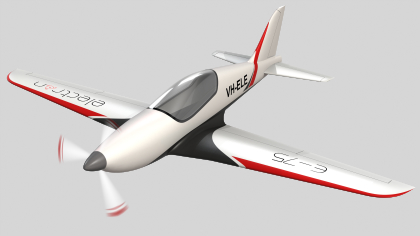 In 1884, Arthur Constantin Krebs made the first fully controlled free-flight, piloting the La France airship. A landmark event in aviation history, the flight of the La France paved the way for modern aviation as we know it. It was also electric-powered. For years after, electric-powered aircraft sat on the fringe of the aviation community, always a desire but never becoming a genuine, large scale possibility. Now, nestled away in the Southern Highlands of NSW, a small team of engineers are working on something truly revolutionary.

Electron Aero, led by designer and lead engineer Colin Hutchison, have been working since January 2019 to make Australia’s first all-electric aircraft a reality. The Electron E-75, an all-electric, all-carbon aircraft with a cruise speed of 250km/h, a crew weight of up to 180kg and a range of 350km has almost come to fruition. Inspired by the recent boom in electric cars from companies like Tesla, Hutchison and his team believe the aviation industry is set to make a similar jump to more eco-friendly solutions when it comes to recreation and travel. While current battery technology may not be sufficient to sustain commercial flights, the capability for all-electric flight in light aircraft has begun to take off.

Recognizing the importance of performance amongst most pilots, the team has worked tirelessly to ensure the switch to electric would not detract from pilots’ current aviation experiences. In designing the E-75, every gram of weight and every Newton of drag has been accounted for in order to maximise performance. This meant that aerodynamics, seating arrangement and general aircraft structure all had to be carefully designed for peak efficiency. In fact, Hutchison believes that the electric motor brings with it a range of benefits, including increased torque and power output, noise and vibration reductions and a huge cut to maintenance and running costs, meaning the E-75 will outperform most other aircraft in its class.

This is a bold claim from the head of these innovative designers, but how does the E-75 actually stack up? 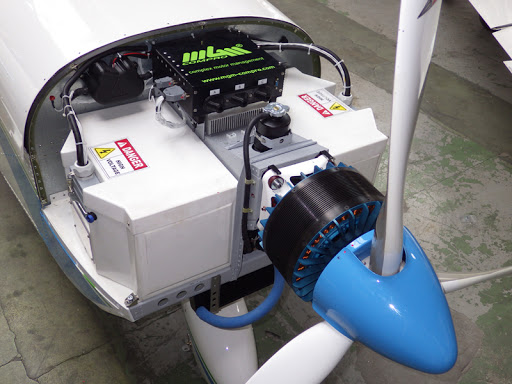 One of the main features of the E-75 is the REB-90 BLDC motor that powers the aircraft. This electric motor provides maximum torque throughout the entire rev range, meaning pilots won’t have to wait for the motor to spool up to its optimum RPM, eliminating hesitation from the motor and giving power to the propeller the instant it is required. Not only does this make for a more streamlined flying experience during take-offs, it adds an extra level of safety when it comes to manoeuvres such as go-arounds.

A common issue with traditional combustion-engine aircraft is the loss of performance in line with increased altitude and temperature, due to the density of the air available during the combustion cycle. Given that air density does not affect an electric motor, the E-75 is able to completely eliminate this issue, providing the same amount of power at any altitude and at any temperature.

In addition to this, the electric motor in the E-75 has the ability to be temporarily overloaded for short periods of time. If the need arises, the REB-90 can produce an extra 10-15% additional power for the necessary amount of time, making for shorter take-off runs and remarkable climb performance when necessary.

As you’ve likely noticed with electric cars on the road, its gentle whir is a far cry from the loud rumble of a combustion engine. For those looking for a more natural flying experience, being able to be in the skies with minimal noise is a genuinely amazing thing to behold. Beyond this though, there are multiple benefits to a quieter aircraft, including being able to clearly hear the person next to you, and being able to comply with airports that have noise restrictions in place, not to mention the benefits for those you’re flying over!

The electric motor in the E-75 is bolted directly to the propeller, meaning there is only one moving part in the entire aircraft. While cutting down on maintenance time, the design also minimises vibration, banging and shuddering. While providing a much more comfortable experience, the lack of vibration is also hugely beneficial to maintaining expensive avionics.

Perhaps the most enticing aspect of all-electric aircraft is the drastically reducing running cost. Estimated at $16-18 per hour (with current battery technology), the E-75 offers a significant drop in running costs when compared to other light aircraft with an average fuel burn rate of 5-10 gallons per hour and an average cost of $5 per gallon. Furthermore, this number is only going to drop in the future as battery technology improves, in stark contrast to the consistently rising price of fuel.

Not only does the decreased running cost benefit potential owners, it benefits the industry as a whole. Lower running costs means lower prices for aircraft rental for pilots-in-training and less maintenance costs for flight school owners and any business operating a large fleet of aircraft. 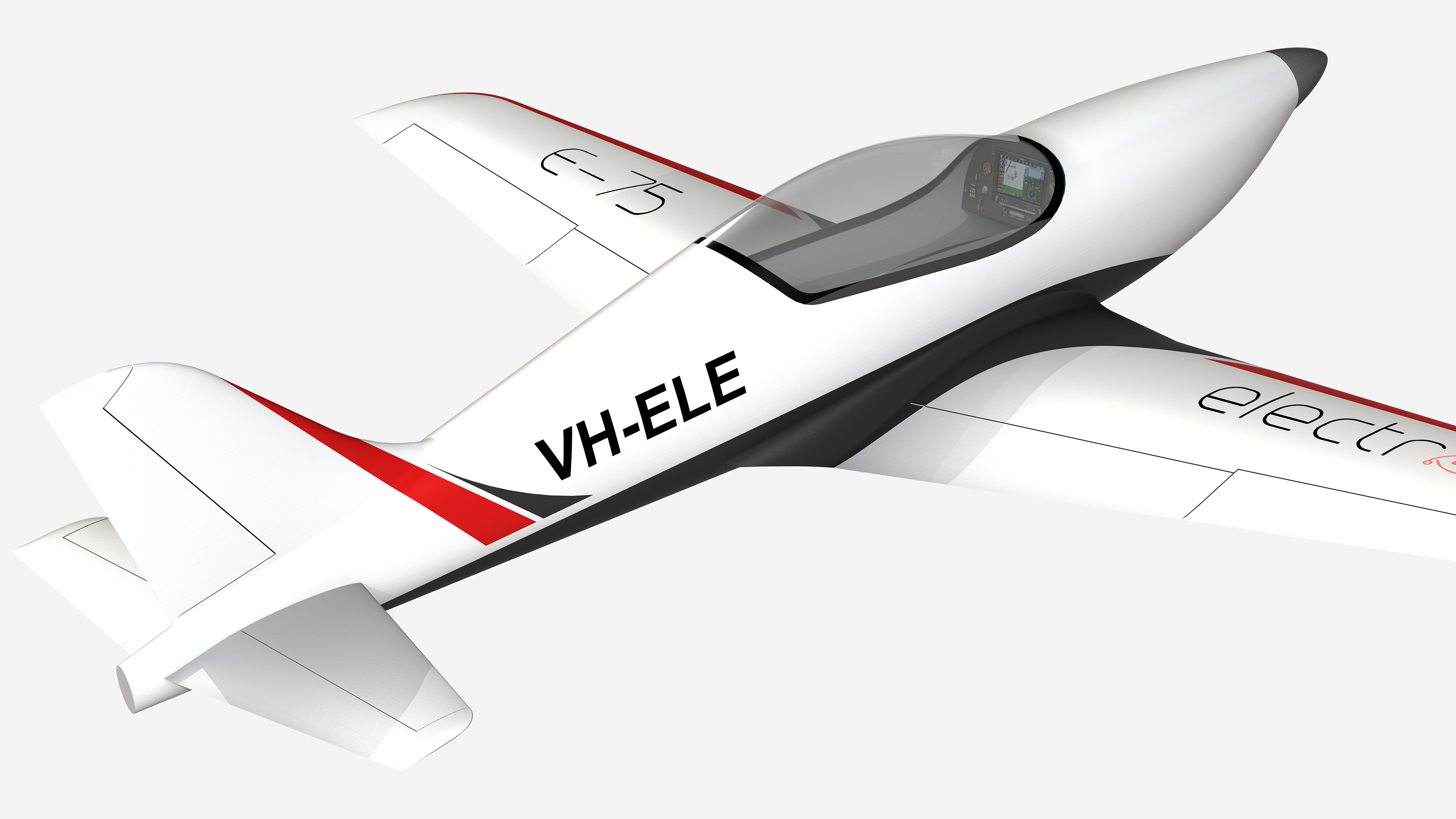 When Will We See It?

Unfortunately, you’ll have to wait a little longer before jumping in an E-75, the prototype is currently in progress. The team at Electron Aero have been working tirelessly, constructing carbon fibre parts with the assistance of Ray Tolhurst of Wedgetail Aircraft. Tolhurst, a pioneer in ultralight aircraft in Australia, is responsible for such designs as the Grasshopper and the Stingray; the first all-fibreglass cantilever ultralight aircraft in the world.

A 2-seater, fixed landing gear aircraft with an MTOW of 600kg, Electron Aero have stated their intention to license the E-75 in the LSA category, meaning RPC-holding pilots will be able to fly this fascinating aircraft when it hits the market.

The race is on for Electron Aero, but with parts coming out of the mould on a weekly basis, they’re confident that they will be sharing their electric revolution with the world in no time. 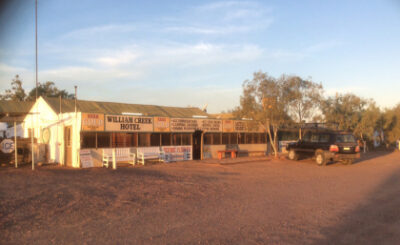 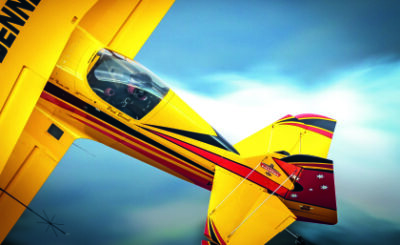 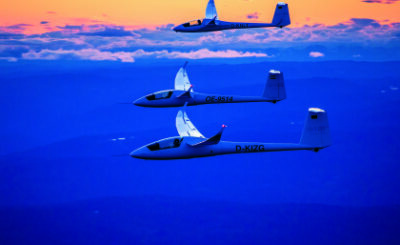 The Purest Form of Flight