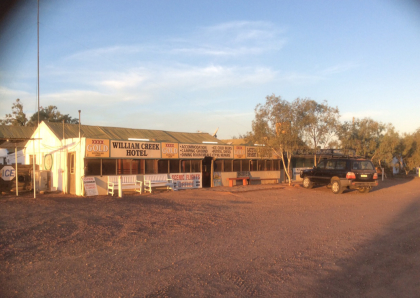 The plan for me and my wife/navigator, Rhonda was to depart Cowra in our J230 and head up to Broken Hill and Leigh Creek for a look at Lake Eyre.

We got away later than planned because of low cloud west of Cowra, but we finally broke free of it a little east of Lake Cargelligo. A very well laid out town on a beautiful big lake with a well-maintained dirt strip. We stopped for lunch before getting airborne again and tracking for Ivanhoe.

The cropping scenery changed to a drier and more barren landscape. Soon Ivanhoe airstrip was in front of us, so we overflew the town, then put down for a refresh and to stretch our legs. Thirty minutes later the 230 was back in the sky and we tracked via the big and dry Menindee Lake on towards Broken Hill. 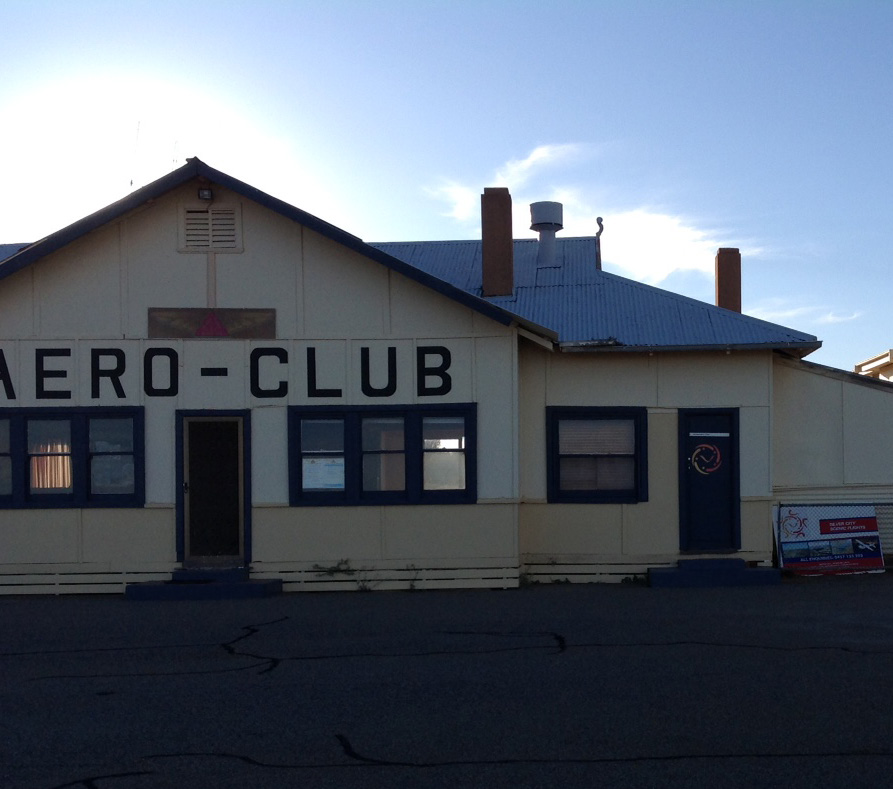 We did an orbit over the city and prepared for our landing. Broken Hill has a very nice long runway for ultralights. We met Lawrie Hutton and John MacLeod from the Broken Hill Aero Club. After refueling, Lawrie showed us to our accommodation next to the clubhouse. The flyers from Holbrook were also on their way, tracking Holbrook, Hay (to refuel), to Lake Mungo and Mungo Lodge, where they would stay the night.

The other three aircraft arrived after lunch next day and we carried out a briefing for the trip ahead.

Dave was christened the Flight Commander because, after all, he had come up with the idea for the adventure.

Early the next day, our J230 did an intersec­tion departure and was first off the mark. We tracked to Hawker in South Australia, with Bruce following us in his Jab. Ralph and Jan took off next in the CT, then Dave and Lyn in the Rans. Then we heard Ralph report a prob­lem with his CT, apparently his charging system wasn’t working properly. 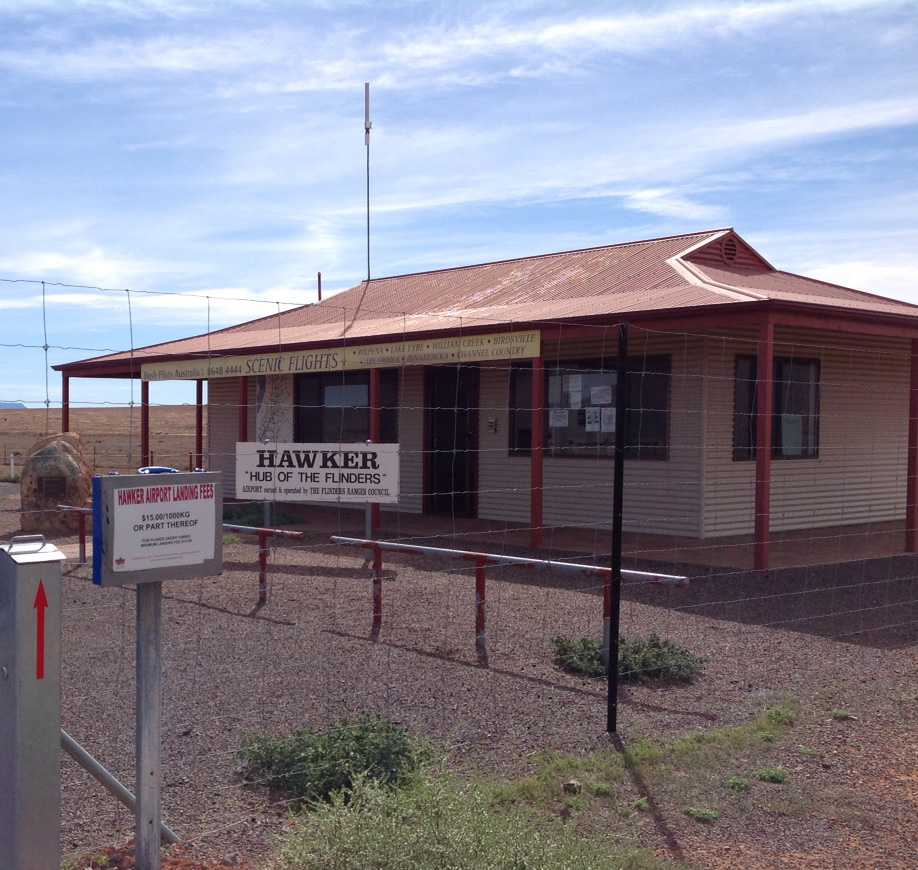 He opted to return to YBHI and Dave decided to go back with him and both soon reported they were safely on the ground. The two Jabs flew on to Hawker. Tracking over the desert wasteland, we could see homesteads with runways, as well as dirt tracks, made by the 4WD rock hoppers below us. Pumping out their little puffs of dust from their wheels and tracks running in all directions. It was obvious we had safe landing sites, if needed.

As we tracked on for an hour or so, the Flinders Range loomed into view. We proceeded closer, they became higher and more spectacular with an eye catching array of colour in their stonework. Climbing to 6,500ft we flew over their tops until Wilpena Pound, off to the north, commanded our attention. A massive crater-like formation full of colour reflecting in the sunlight. To the south west we could see a cold front heading our way. Hawker was dead ahead and soon on the nose. Descent was a little bumpy. The wind had certainly picked up. Shortly after touch­down, we could hear Bruce in his Jab.

Then over the range he came, joined the circuit and put down safely.

The plan was to proceed north over The Pound and then on to Leigh Creek, but first we had to find out what was going with Ralph’s CT and Dave. We called them and learned the CT had a loose wire in the charging circuit which was quickly rectified. They decided to spend another night in YBHI because the front made things too turbulent.

Bruce got a lift into town with a touring West Australian couple kind enough to give him a lift the three or four kilometers to get his fuel. They even brought him back. How’s that for generosity?

We left Hawker in a good norwesterly and climbed until we found smooth air at 6,500ft. Wilpena Pound was off our right quarter. We tracked to the north of the Pound, checked for up-and-down droughts, then circled the rim and flew back across the centre from south to north to catch Bruce in his Jab. 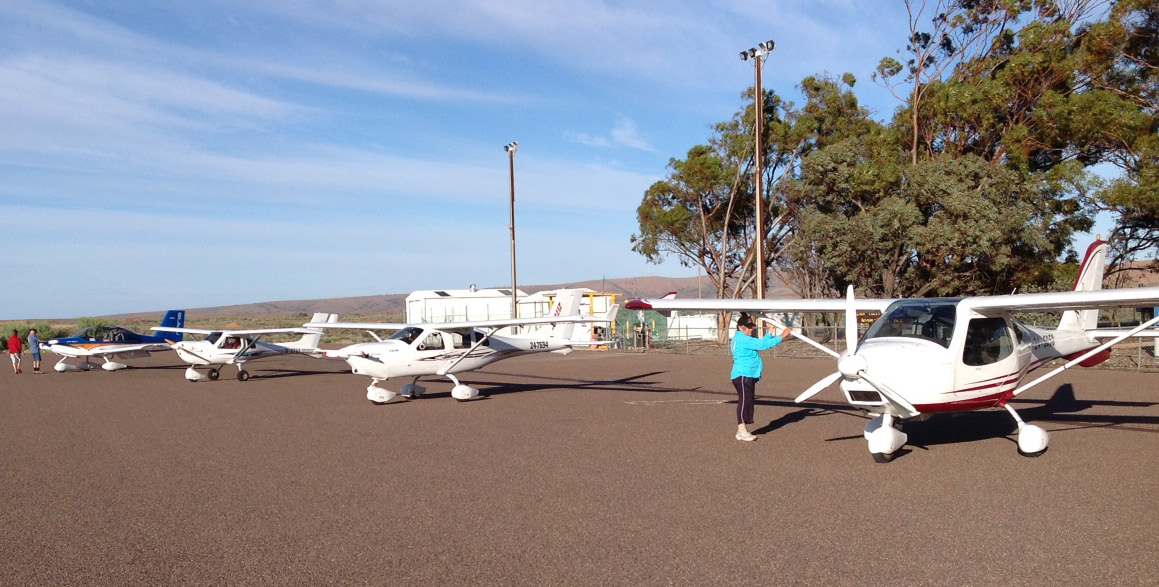 The two Jabs then flew on to Leigh Creek, landed, refueled and headed to our pre-arranged accommodation at the Caravan Park. The room was immaculate, well presented, comfortable and affordable. $80 a double per night per unit. Highly recommended.

The next day Dave and Ralph finally arrived. The Rans and the CT had flown the course we had travelled the day before.

The planned departure early the next morning was delayed until the strong south easterly wind subsided. An hour and a half behind schedule, the J230 climbed out over the top. We radioed the others that it was fine to buckle up and take-off.

Desolate wastelands with curious mountain outcrops filled our eyes as we tracked to the northwest. Closer and closer, the expanse of the southern lake came into view. Then the amaze­ment of the North and South Lakes of Eyre. It was a spectacular sight. After a while William Creek arrived on the pointy end.

A 10-mile inbound call and minutes later we were stepping out from our plane at William Creek to be totally swamped by flies. They filled so much of the cabin of the plane we thought we would exceed MTOW. Buggers of things they were.

Jason from YWMC gave me all the info and di­rections we needed to track to the Painted Hills and the procedures for touring around the North Lake to avoid conflict with tourist aircraft and the masses of bird life. Very helpful, hospitable and friendly the staff at YWMC. Spectacular sights were there to be had and the cameras were in action for the entire flight. A must-do on every pilot’s bucket list.

The weather looked a bit worrying for the com­ing days so we all decided to make haste to our home bases. Ike and Rhonda in the J230 from Cowra, Dave and Lyn in their Rans, with Bruce Avery in his Jab from Holbrook. Bruce worried he’d be grounded if the weather closed in. 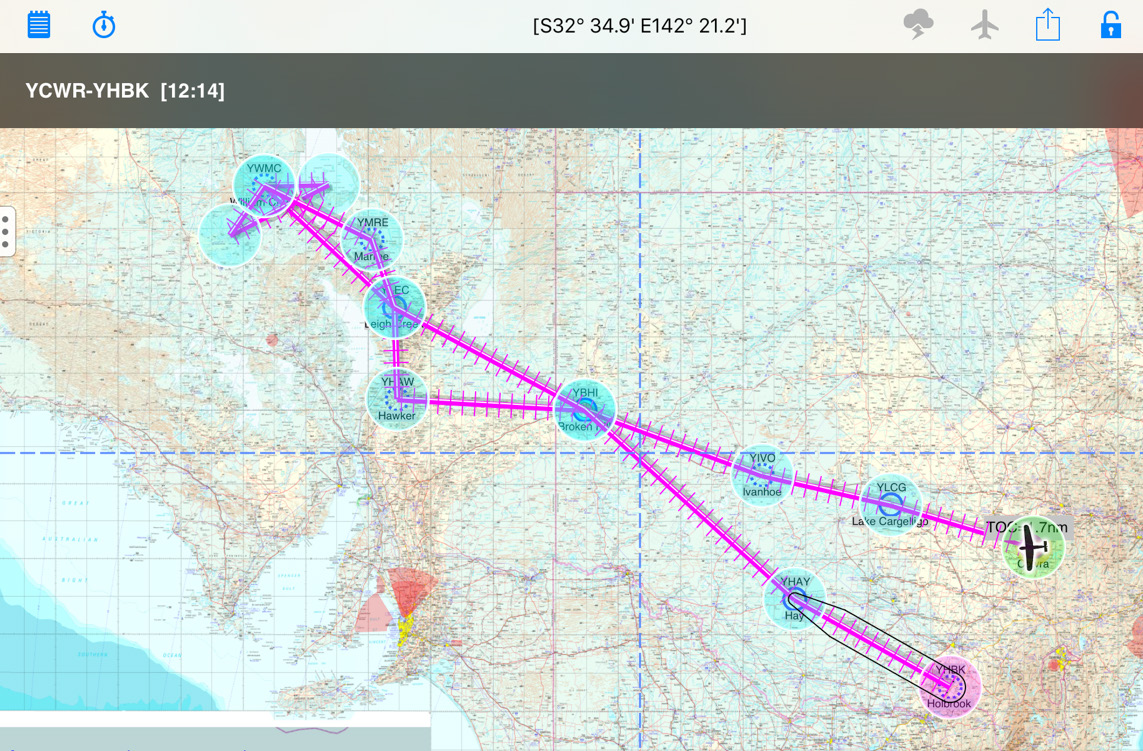 The next morning, we departed bright and early. The track chosen was direct YLEC to YBHI over the southern end of the Strzelecki Desert. Wasteland, but plenty of tracks and homesteads with runways available, if and when needed. The J230 didn’t miss a beat.

We were all scooting ahead of the weather com­ing up from the south west.

On we flew until the expanse of the Silver City came into view. Then we spread out, each head­ing to our own home bases. Great experience. Jabs rule. 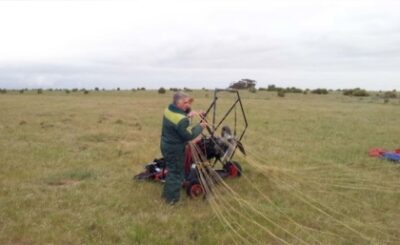 I Just Want To Fly 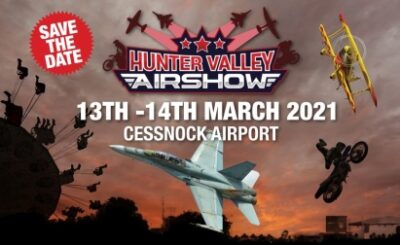 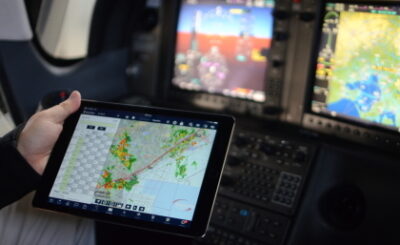