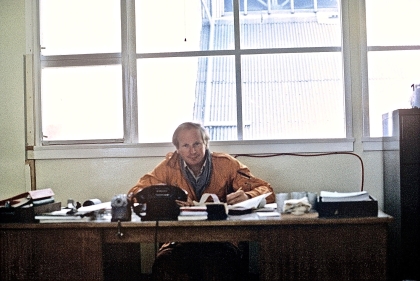 When I ask people “how did you first get into aviation?”, I usually hear stories of air shows or joy flights filling young minds with a sense of wonder and awe. Looking up in the sky above WWII-era England and seeing the contrails of Spitfires flying overhead was not a response I’d heard before, until l sat down with former Flight Test Engineer, Pat Larcey. It’s an incredible start to an incredible journey that includes globetrotting travel, work on some of the most iconic planes ever flown, and an infamous crash that sent shockwaves through the Australian aviation community.

“During the war, when I was about 3 or 4, I remember seeing the contrails of planes attempting to shoot each other down.” Pat tells me “That’s what sort of attracted my attention.”. It’s probably a sight we would all find incredibly frightening, but in the eyes of a toddler, a love of aviation was born. From there, it grew. Between building model planes and cycling down to White Waltham to see Tiger Moths fly, aviation gradually became more and more important in Pat’s life. 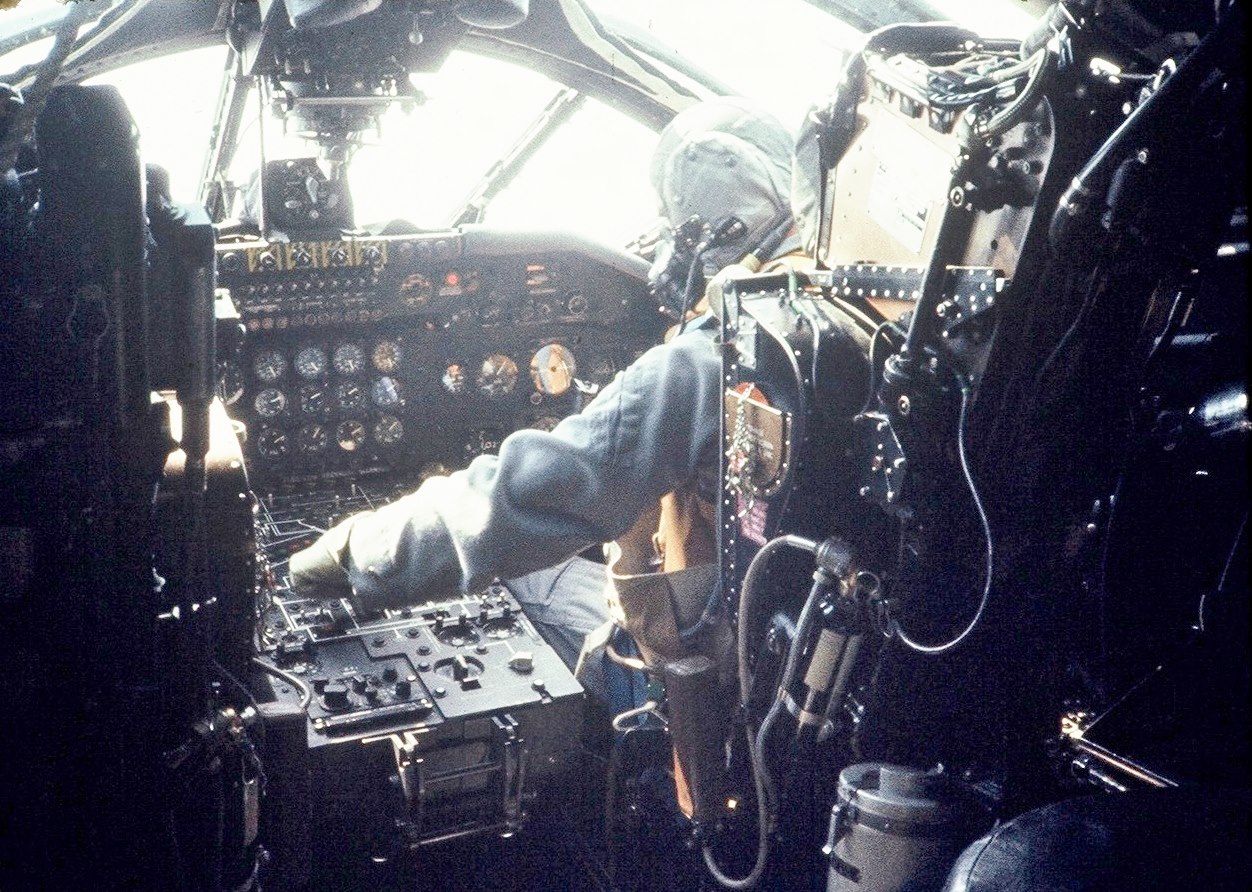 Pat in the cockpit of a Handley Page Victor

Toward the end of his school years, Pat decided he wanted to pursue a career in the aviation industry. Coming of age in the economic prosperity of post-war Great Britain, and at a time when defence spending was at its peak, opportunities abounded in the burgeoning world of aviation. He eyed an apprenticeship position at Handley Page, one of the United Kingdom’s foremost aerospace manufacturers, but it wasn’t to be. “I’m afraid I didn’t pass my exams at school.” Pat explains, and so he undertook a toolmaking apprenticeship instead, beginning in 1955.

After some years of work, Pat found himself offered a job at Ford as a Suspension Designer. The company couldn’t allow him to start for another 6 months however, and in the meantime a cadetship arose at Handley Page for a Designer/Draughtsman role. “I wasn’t even thinking about planes at the time” Pat tells me, but the allure of working in aviation, as he had once dreamed of, was too great to deny.

Pat worked on the ground at Handley Page for a few years before he started getting itchy feet. “I thought to myself ‘Well, I’ve always wanted to fly, why don’t I have a chat to the Flight Test department?’” he tells me, “So I called them, gave them my background… and they asked ‘Can you come for an interview?’”. Having called on the Thursday and been interviewed the following Monday, Pat suddenly found himself in a new role in Flight Test, starting in 2 weeks. With a chuckle, Pat tells me “I hadn’t got a clue what I was doing, but here I was in Flight Test!”.

Having spent the first 6 months doing analysis and calculations, Pat slowly became more and more involved in the Flight Test department. Pat initially worked on the magnificent Handley Page Victor bomber, planning test flights, flying with the test pilot and taking the necessary recordings. In 1965, Handley Page began design on the Jetstream, a twin-turboprop airliner designed to compete with the likes of the Beechcraft King Air. This was to become Pat’s new focus as the plane went through design and certification processes. In 1969, while on tropical trials in Africa testing the Jetstream Mk II, Pat and his team heard news of Handley Page going broke. The golden age of British aviation manufacturing was over.

“Well, there we were in Fort Lamy, in Chad, having to fly our way back on the smell of an oily rag because there wasn’t any money.” Pat recalls. The team had a DC-3 and a Jetstream that they had to bring home to England at an absolute minimum cost, without really knowing what was to become of their jobs when they returned. “As soon as we got back, the boss said ‘Thanks very much’ and that was it.” The Jetstream production line was shut down in 1970, but was eventually revived when the design was picked up by a collaboration of investors, including Scottish Aviation.

Not to be disheartened, Pat had lined up a job in computer programming when he heard rumours of flight test jobs going in Israel. “I got a call from a contracting outfit, saying there were jobs going in Israel for ‘Flight Test Mentors’.” The flight test department at the government-owned Israel Aerospace Industries (IAI) was a fledgling operation in need of direction and guidance in their civil aircraft certification process, and Pat soon found himself filling that role. 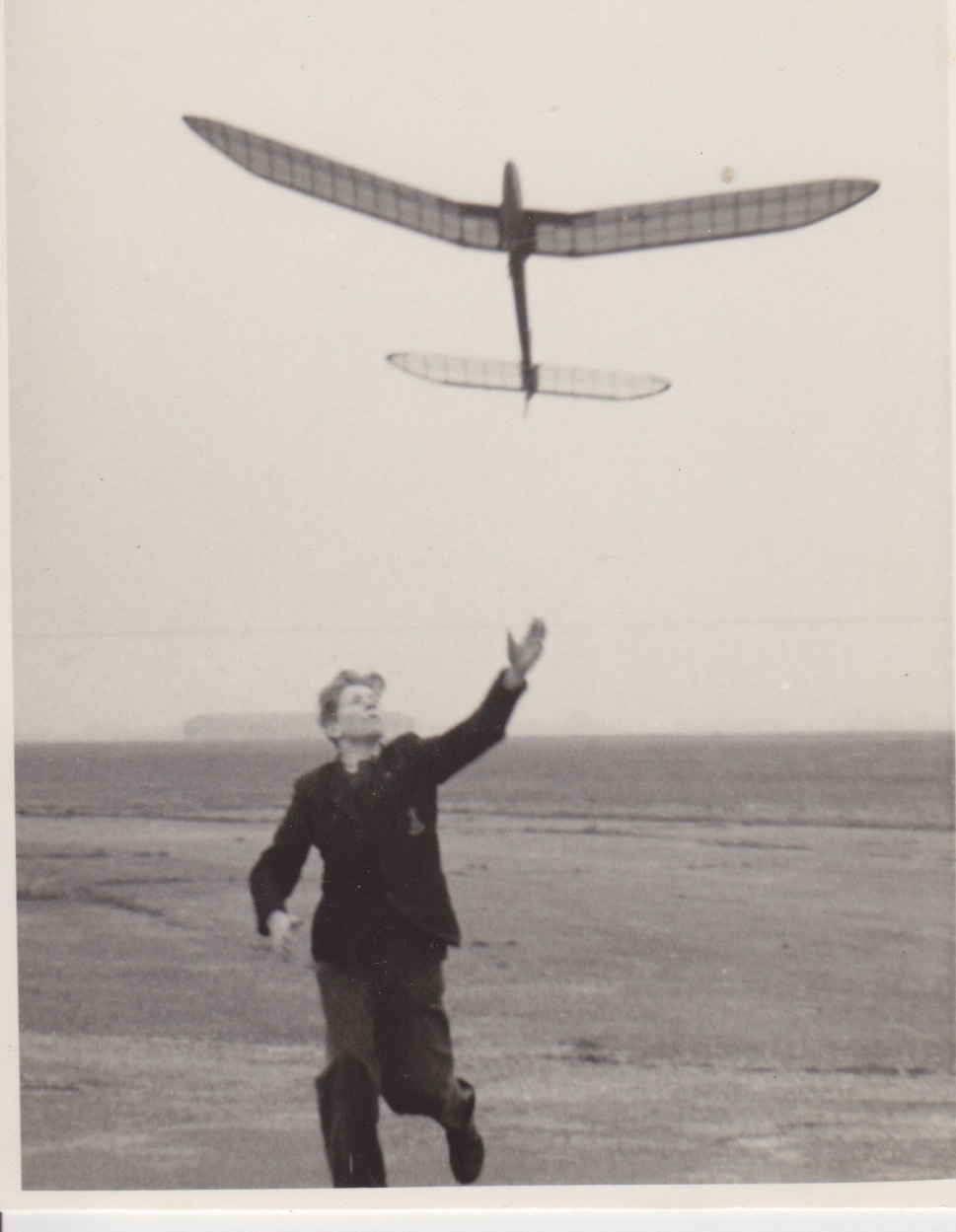 After working for just under a year with the IAI, Pat received a Christmas card from the champion aerobatic pilot – and former Handley Page employee – Neil Williams. In it, Neil spoke of a job in Australia he was applying for and the need for an experienced Flight Test Engineer to go with it. The job was with the Government Aircraft Factories (GAF), working on their newest project, nicknamed ‘Project N’. Intrigued by the chance to work with an old friend, and to have the opportunity to do a maiden flight on a brand-new aeroplane, Pat applied. “Unfortunately, Neil didn’t get the job, but I did.” Pat recalls. Instead, he was to team up with Test Pilot Stuart Pearce, father of actor Guy Pearce. Within 48 hours of arriving in the country, Pat was already at work at GAF in Fishermans Bend, Melbourne.

Nearing the scheduled end of their production licence for Mirage III fighter jets, GAF was in need of a new project to maintain aircraft production within the company. What was to become the Nomad project began as an idea for a single-engine, high-wing design that quickly developed into a twin-engine, multi-purpose transport aircraft after consultation with the Australian Army. Designed with Short Take Off and Landing (STOL) capabilities in mind, the Nomad was built for military transport, aerial surveillance and medical evacuation missions. First built in October 1974 and adopted by the Australian Army and the Royal Flying Doctor Service, amongst other operators, the Nomad became a point of pride as Australia’s own locally-designed utility aircraft.

Beginning at GAF in 1971, Pat got to complete the maiden flight of the Nomad, something he’d always wanted to achieve. He continued to work on various iterations of the aircraft over the years, developing Nomad variants for both military and civilian uses. Working at GAF was rewarding for Pat, as he got to be a part of the Nomad project from its inception, watching the aircraft progress and take form. Unfortunately, tragedy would soon strike.

On 6th August 1976, the Flight Test team were testing a prototype of the Nomad N24, a stretched version of the original design built to accommodate 16 passengers. The team had encountered problems with the longitudinal stability of the aircraft and were making modifications to the tailplane to record effects. “We should’ve been doing the test in calmer conditions.” Pat recalled, but there was an element of pressure to complete the tests, and so the flight went ahead.

At 1100 hours, the Nomad commenced take off with Stuart Pearce and Chief Designer David Hooper in the cockpit and Pat in the mid-cabin. The plan was to climb to a designated altitude and perform the necessary tests, with a limited airspeed of 120 knots. Upon reaching an altitude of roughly 1,000 feet, observers on the ground noticed a very distinct tailplane flutter and a dark object falling from the sky. Suddenly, the aircraft began to pitch down and turn left, descending quickly. 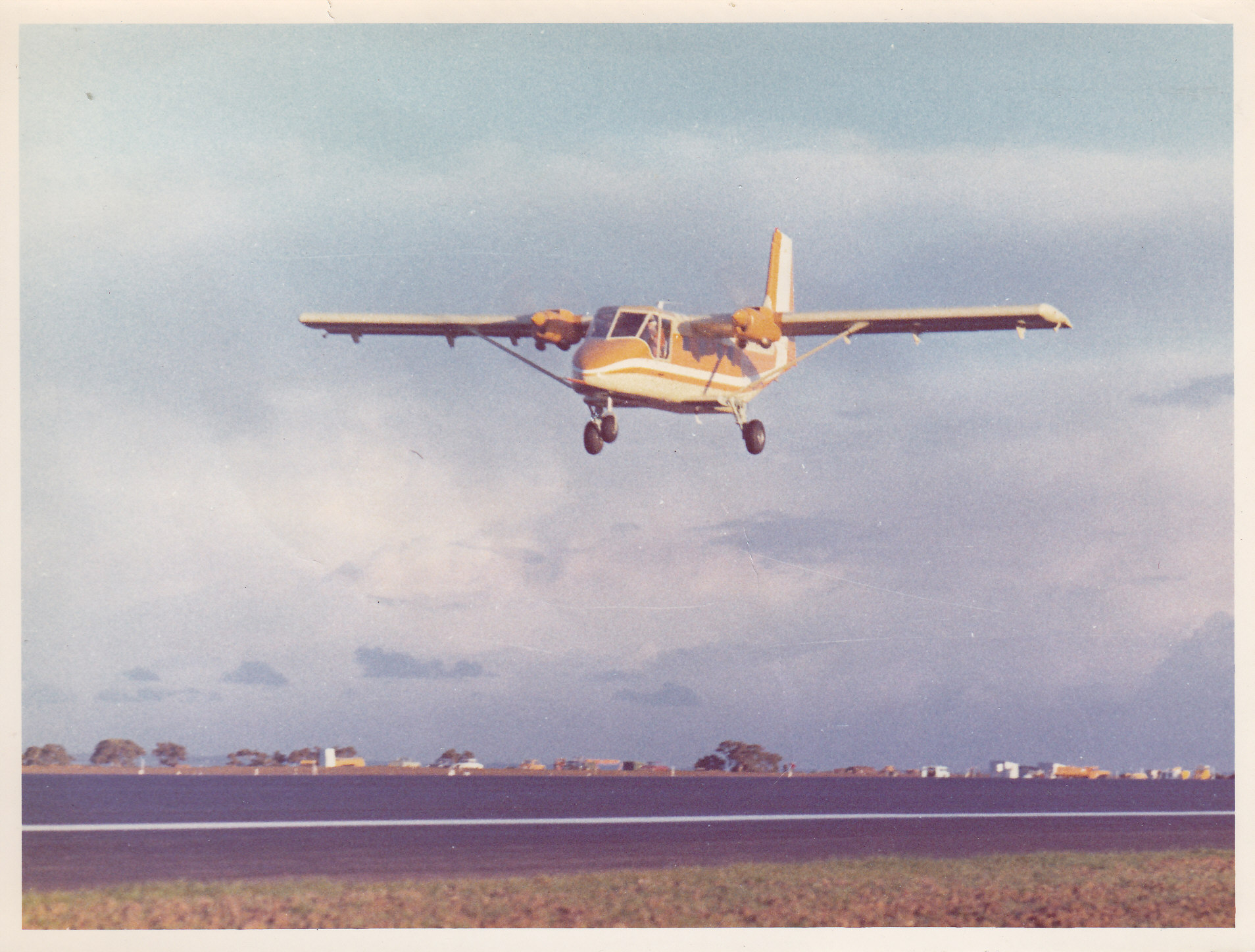 Maiden Flight of the Nomad N2

“I undid my seatbelt, thinking that getting my parachute might be a good start, so I went to the back of the aeroplane.” Pat remembers of his spilt-second decisions. “When I got to the back, Stuart said ‘I think I’ve got control now’.” The plane had levelled somewhat, and a moment of hope came over the team that control could be regained. “I went back, sat down and strapped myself in tightly.”

“I thought that we’d just have a hard landing, crunch the undercarriage, slide along the ground and that’d be about it” Pat recalls, but it wasn’t the case. Just before making contact, the left wing and the nose of the plane dropped and the aircraft began to spiral, hitting the ground and skidding for roughly 70 metres before coming to a rest.

“When I looked up, all I could see was daylight in front of me.” Pat recalls, “I had no expectation of surviving, I just closed my eyes and hoped for the best.” Emergency crews removed the team from the wreckage with ambulances at the ready. Stuart Pearce and David Hooper both lost their lives, and Pat, the sole survivor, was left a paraplegic. The official report states that the total flight time was approximately 1 minute and 34 seconds, but the effects of that crash have stayed with Pat for a lifetime.

Pat spent the next year at the Austin Hospital in rehabilitation while trying also to be with his young family. His sister-in-law had been flown out from London by QANTAS to help and, ever so slowly, life got back on track. “We had our trials and tribulations, but we just did the best we could and tried to get on with life”.

It was this outlook that kept Pat going, both professionally and recreationally. Having earned his pilot’s license prior to the crash, he still continued to fly recreationally, both powered aircraft and gliders. He even invented a hand control system for gliders that he was able to use. “I just wanted to prove myself I could get up and fly again”, he tells me.

Pat went back to work at GAF until 1987, when the company became Aerospace Technologies of Australia (ASTA) and underwent privatisation. Made redundant, Pat took a job at the Civil Aviation Authority (CAA) in Canberra. From there, he became the Chief of Airworthiness for the Gliding Federation of Australia, before taking a position in the Melbourne office of CAA (now CASA) where he stayed until retirement. Today, Pat is enjoying his retirement, working on a book regarding the history of the Nomad and his experiences with its development.

Listening to Pat’s story, there’s a distinct outlook on life that I believe has guided him through failed exams, job redundancies and life-altering crashes alike; the past is fixed, but the future is in our hands. Pat has made an immense contribution to the aviation industry over the course of his career, and it’s this mindset that has propelled him to achievement after achievement. We can all learn from Pat’s outlook on life, and we can all, as aviators, be thankful for his work. 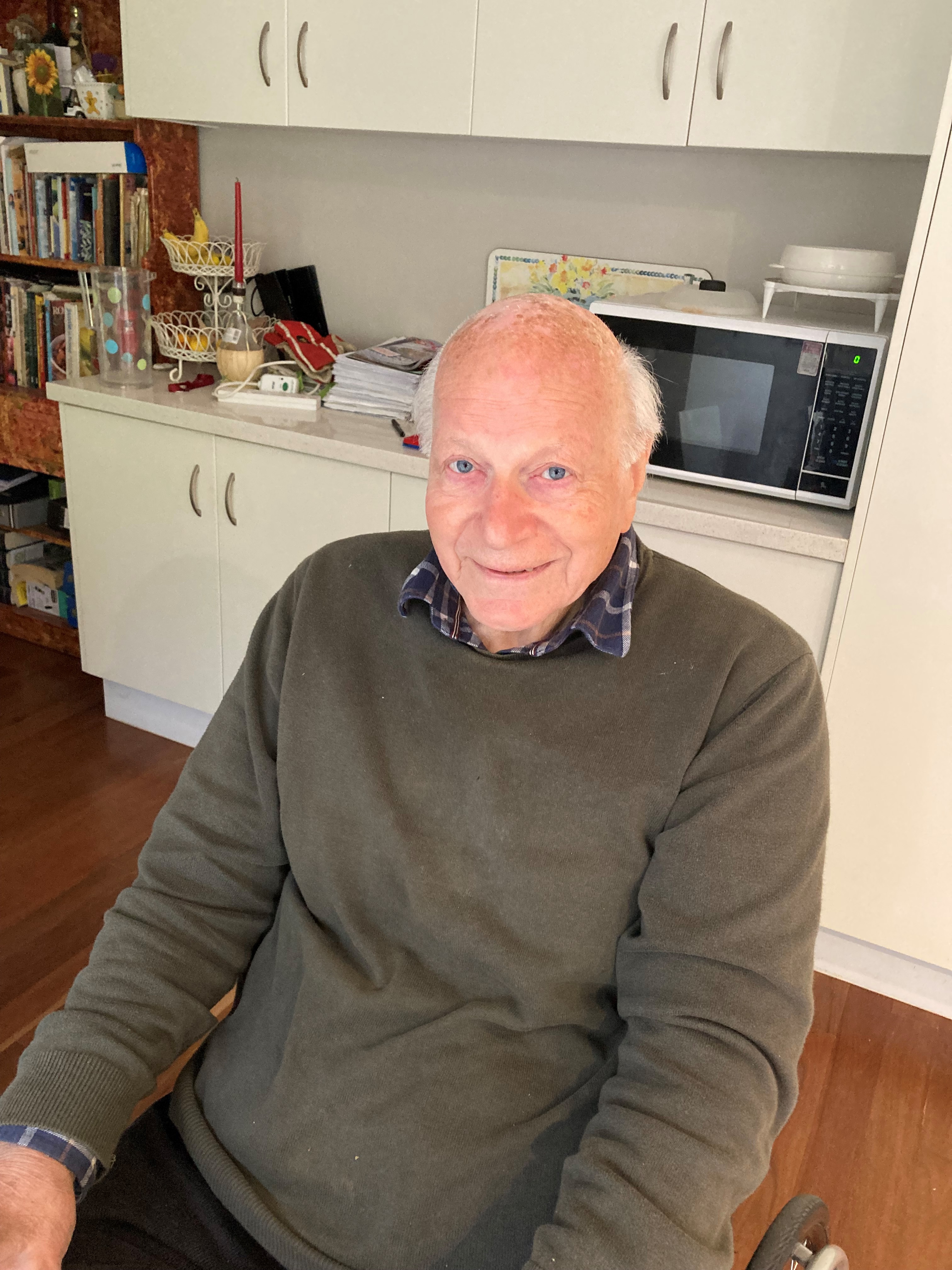 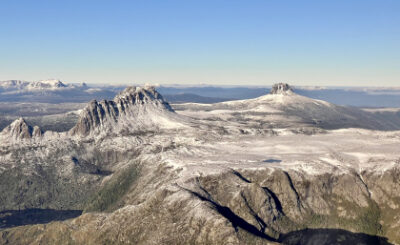 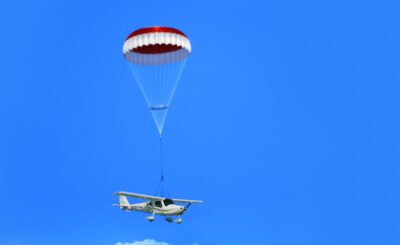 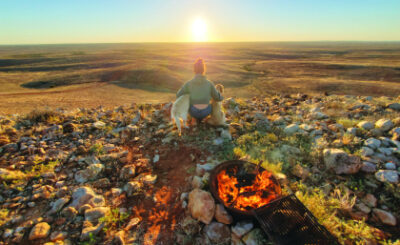